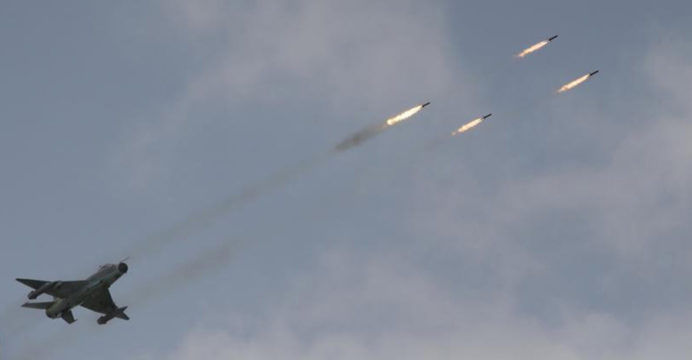 In the first official tally of deaths, an emergency official in northeast Nigeria claimed nine people were killed and 23 others were injured in an airstrike this week that purportedly impacted civilians.

The Nigerian air force said that it had dispatched an aircraft to the area where Boko Haram and Islamic State affiliates operate earlier this week, and that it was looking into accusations that “civilians were mistakenly killed.”

Nigeria has been battling a jihadist insurgency in the northeast since 2009, which has killed over 40,000 people and forced nearly two million others to flee their homes.

A fighter plane opened fire on Buhari village in Yobe state, near the Niger border, on Wednesday, killing ten persons and injuring at least 19.

After visiting the town on Thursday, he stated, “At least 23 individuals were hurt.” Men, women, and children were among them.”

Two of the critically injured were taken to a larger hospital in Damaturu, the state capital, he said.

He claimed emergency crews have started repairing the village’s only solar-powered water well, which was destroyed in the bombing.

Three fighter jets flew above the village, according to multiple residents, and one of them opened fire. The death toll was not confirmed or denied by the Nigerian air force.