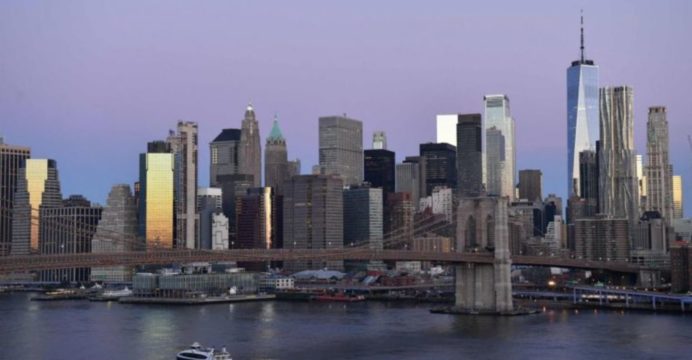 Republican leaders in Congress on Tuesday continued to withhold support for efforts by the Democratic majority to increase the US debt ceiling.

Treasury Secretary Janet Yellen warned last week that the government will run out of money next month unless lawmakers take action, and banking groups have urged Congress to move to prevent “irreparable harm” to the US economy, reports BSS.

Amazon CEO Andy Jassy called for raising the debt ceiling in an interview with CNBC. “I think it’s scary for consumer confidence and for confidence in US businesses and potential credit ratings if we don’t make sure that we raise that debt ceiling,” Jassy said.

The Securities Industry and Financial Markets Association (SIFMA), American Bankers Association and other industry groups said in a letter to congressional leaders that defaulting “on our existing obligations would be irresponsible and do irreparable harm to the US economy and taxpayers.”

Even “a short-term delay would cause serious harm at a time when our economy continues to recover from the impact of the Covid-19 pandemic,” the letter read.

The country’s debt and deficit have soared during the Covid-19 pandemic after Washington approved three massive spending bills aimed at lessening the damage to the economy.

But Republican Senate Minority Leader Mitch McConnell said Democrats will have to resolve the issue on their own.

“The Democratic leaders have every tool and procedure they need to handle the debt limit on a partisan basis, just like they are choosing to handle everything else,” McConnell said on the Senate floor.

Congress is currently considering a $1.2 trillion infrastructure plan that has the backing of Democrats and some Republicans.

Also on their agenda is a massive social spending plan costing $3.5 trillion over 10 years, which has only garnered the support of Democrats who plan to pay for it with tax increases on corporations and the wealthiest Americans.

McConnell objects to what he called a “massive reckless tax and spending spree.”

“When it comes to spending,” he said, Democrats “have made a conscious decision: They don’t want Republican governing partners. They want to go it alone.”

Democrats could wrap a debt ceiling increase into the spending package, which would allow them to approve it without Republican votes, but the party’s leaders have indicated they want a separate, bipartisan vote.

“When President (Donald) Trump was in office, Democrats stepped up on three separate occasions to work with Republicans to suspend the debt ceiling and continue to ensure that the US was able to pay its bills,” Senate Majority Leader Chuck Schumer said Tuesday.

But now Republicans “recklessly, irresponsibly… seem eager to push our economy to the brink of total catastrophe by suggesting they will oppose any effort to raise the debt ceiling.”

“Shame on him,” Schumer said of McConnell.

Congress suspended the debt limit for two years in 2019. That lapsed on July 31, resetting the cap at $28 trillion and forcing Treasury to begun taking “extraordinary measures” to continue funding government operations without breaching the limit.

Raising the debt limit does not increase spending, but simply allows Treasury to pay for projects already approved by Congress. Without an increase, the United States could face an unprecedented default on payments.

Raising the debt ceiling has been a contentious issue in Congress for the past several years.

A 2011 standoff that saw Republicans use the issue as leverage over then-president Barack Obama, a Democrat, caused S&P Global Ratings to downgrade US sovereign debt from its coveted AAA rating.