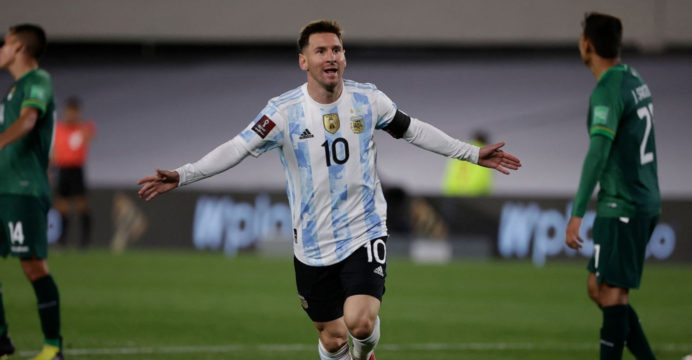 Messi scored all three goals in Argentina’s 3-0 victory against Bolivia in a World Cup qualifying match at the Monumental stadium in Buenos Aires on Thursday, putting him two goals ahead of Pele, who had 77 international goals in his career.

Messi is second only to Marta (109) and Cristiane (96) in terms of most goals scored by a South American player in international competition.

Messi’s Paris Saint-Germain teammate Neymar, who has 69 international goals for Brazil, is third on the men’s list.

“I was quite scared, and all I wanted to do was relax and enjoy the evening. I’ve been waiting for this for a long time “After the game, an emotional Messi expressed his feelings. “The most important thing is that we won the game, and now we can celebrate.”

Messi, 34, has had an eventful summer, switching from Barcelona to PSG in August and earning his first senior international trophy in July. In a 1-0 win in Rio de Janeiro’s Maracana stadium, he and La Albiceleste won the Copa America from Brazil.

Following the result on Thursday, Messi danced with his colleagues and proudly displayed the Copa trophy to the 21,000 fans in attendance. Argentina’s meeting against Brazil in World Cup qualification on Thursday was also their first rematch since the Copa final.