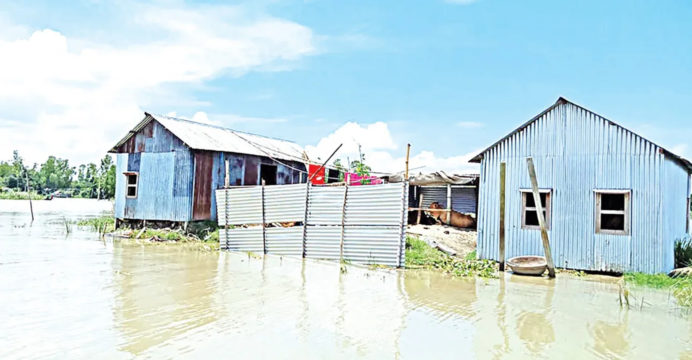 In the Brahmaputra basin, occasional riverbank erosion has been observed from beside main rivers in the last 24 hours, stopping around 9 a.m. today, as the flood situation began to improve.

Officials from the Bangladesh Water Development Board (BWDB) claimed that, with the exception of the Dharla, water levels in all major rivers fell throughout the period and were still flowing beyond the danger limits (DL) at 10 sites in five northern districts.

The Brahmaputra is falling, while the Jamuna is constant, according to a bulletin from the BWDB’s Flood Forecasting and Warning Center (FFWC), and water levels in both rivers may reduce in the next 24 hours.

During the recent 24 hours, no major rainfalls were recorded upstream in the northeastern Indian states, as well as downstream in the Brahmaputra basin. 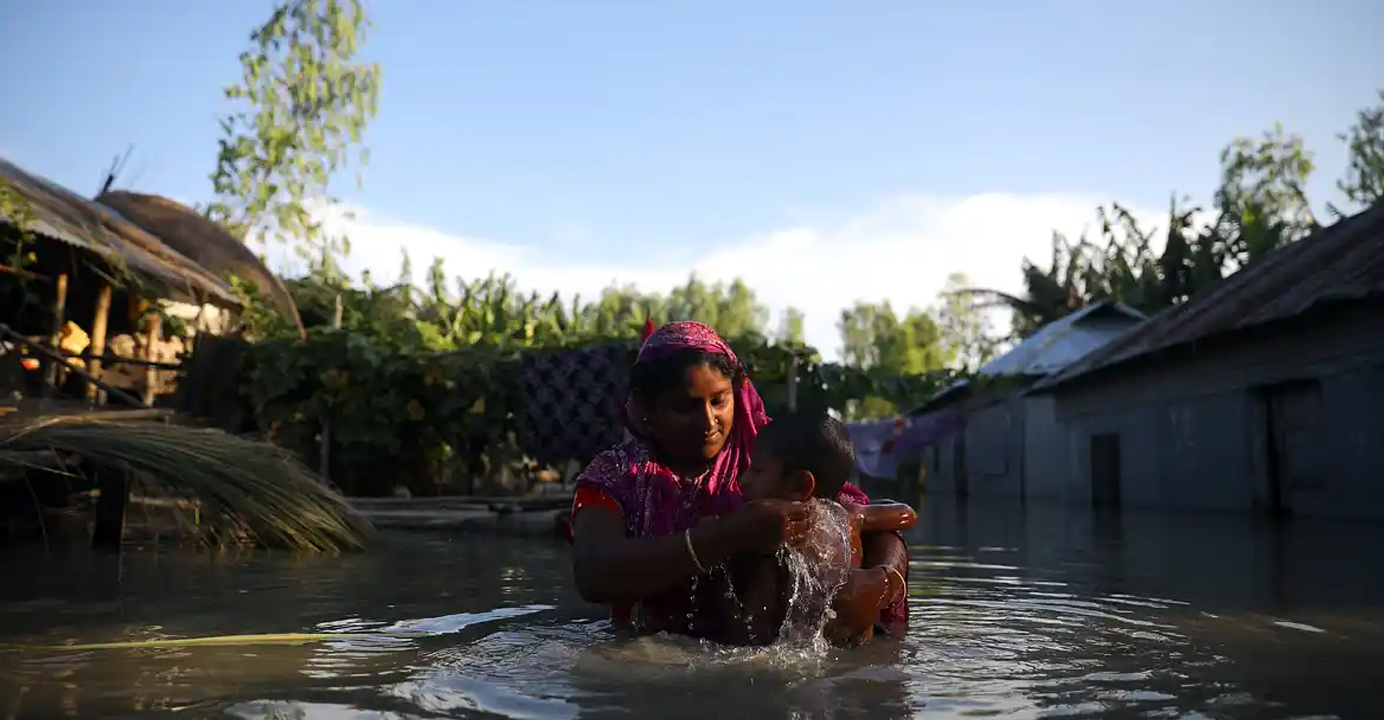 The flood situation in Kurigram, Gaibandha, Jamalpur, Bogura, and Sirajganj districts could worsen in the next 24 hours, according to the advisory.

Floodwater has drowned standing crops on nearly 30,000 hectares of land in low-lying regions of the Rangpur agriculture zone, according to officials from the Department of Agricultural Extension, as fresh reports of crop submergence arrive.