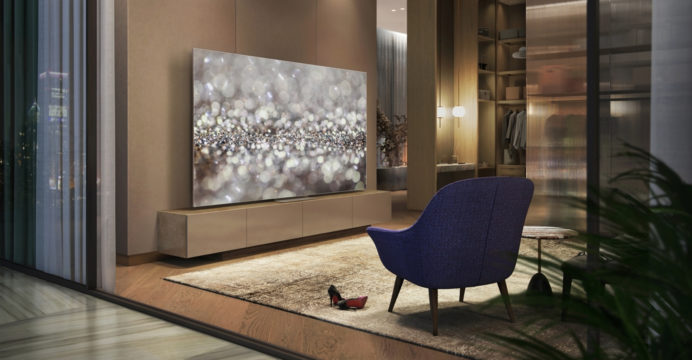 Samsung TV: 15 years of glory in leadership and innovation

From monochrome to color, analog to digital, and digital to smart TVs, Samsung Electronics has always been there for all the key historical moments that took place development of the television. Samsung has incorporated groundbreaking technologies with out-of-the-box innovative ideas while catering to a wide range of customers’ needs that led to upholding the global no. 1 brand for television for the last 15 years.

In 1998, Samsung released its initial ‘world’s first’ television with the launch of the 55-inch projection TV. Samsung’s first securing of this title was mainly brought due to its support to lead the global transition from analog to digital television.

Whether it is color accuracy, design, or image quality, Samsung has continued leading the television industry with progressive technologies, competitive products, and relentless innovation. The company has continuously raised the standard for television makers globally with revolutionary innovations and technologies.

Around the 2000s, Samsung had popularized wall-mountable LCD TVs and pioneered the golden age of LCD TVs. The company brought the 46-inch LCD TV, which was the largest TV back then. The TV went onto heighten the success of LCD globally and became a sensation among users. Furthermore, Samsung pioneered the LED TV era in 2009 and released QLED in 2017. It took QLED to new heights with advancements in light efficiency, a broader color spectrum, and stability.

In 2018, Samsung launched “The Wall,” a 146-inch modular TV with MicroLED technology delivers incredible definition, without restrictions to size, resolution or form. It is a self-emitting TV with micrometer (µm) scale LEDs – which are much smaller than current LEDs, and serve as their own source of light. Featuring a module-based, bezel-less design, “The Wall” also exemplifies how consumers can customize their television sizes and shapes to suit their needs. The screen can adapt to serve different purposes, such as creating a wall-size display for multiple spaces.

It is 2021, and Samsung’s innovation has not slowed down a bit. Samsung has recorded a revenue-based TV market share of 31.9% in 2020, despite the unprecedented times of the global pandemic. This was the most significant figure the company has recorded by far, leading Samsung to maintain its top position in the worldwide TV market.

Aiming to provide the best experience to its television users, Samsung has always been ahead of the pack. When it comes to making our societies brighter, the company will continue to put the consumers’ requirements first by allowing them to select what they want to consume.

With the introduction and development of core products and integration of exclusive technology and features across all TV lineups, Samsung expects to maintain its industry-leading market position in 2021. This comprises Samsung’s new Neo QLED lineup with Samsung’s Lifestyle TVs and a nationwide arrangement of operations through long-term sustainability programs.

Samsung also broought the power of MICRO LED technology in the form factor of a traditional TV experience. Now, consumers can take home the cinematic experience in a beautiful edge-to-edge screen design, with no need for professional assembly and installation. MICRO LED is available in 110’’, 99’’, 88’and 76’’ is on the future roadmap.

Television has become one more important tool in our routine. In a time of continuously changing lifestyle patterns, being the global no. 1 brand last 15 years, Samsung’s innovations have also transformed users’ lifestyles and daily routines. Over the next few years, Samsung will also continue to invest in Research and Development (R&D) and product development in tactical business areas to reinforce its core and emerging technology offers.