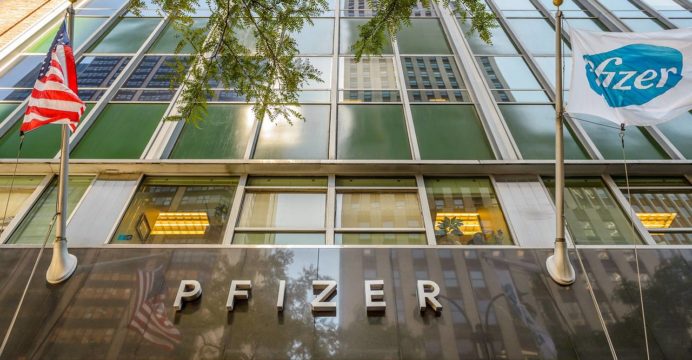 Pfizer Inc said on Monday it would buy Canadian drug developer Trillium Therapeutics Inc in a $2.26 billion deal to strengthen its arsenal of blood cancer therapies.

Pfizer, which acquired a $25 million stake in Trillium last year, will buy the remaining outstanding shares for $18.50 apiece, representing a 203.8% premium on the stock’s last closing price, reports Reuters.

Pfizer expects to benefit from Canada-based Trillium’s blood-cancer therapies that target a “don’t eat me” signal used by cancer cells to evade the immune system.

Forty Seven Inc, which is also developing drugs that target the same antibodies, was bought by Gilead Sciences Inc for $4.9 billion last year.

Trillium’s U.S.-listed shares were trading at $17.73 before the bell on Monday, having fallen 59% in 2021 as of their last close. Pfizer bought nearly 2.3 million Trillium shares at $10.88 each in September.

Pfizer’s financial adviser for the transaction is BofA Securities Inc, and Centerview Partners LLC is Trillium’s.