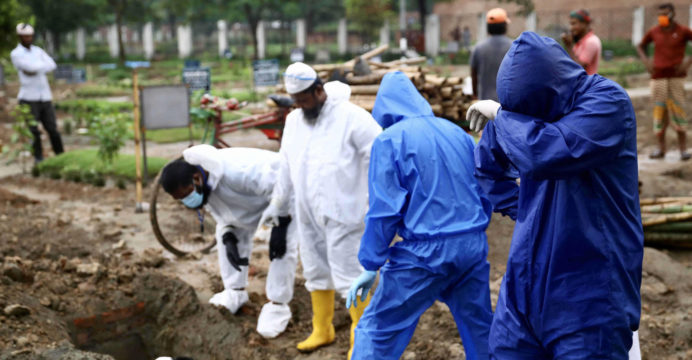 “The country recorded 31.32 percent COVID-19 positive cases, the second highest in a single day as 35,639 samples were tested in the last 24 hours,” the Directorate General of Health Services (DGHS) stated in a regular daily statement. “The highest positivity rate was 31.46 on July 6 (yesterday).”

According to the official figure, the virus has killed 15,593 individuals and infected 9,77,568 people so far.

After another 5,987 patients were discharged from hospitals in the last day, the total number of people who have recovered has risen to 8,50,502. According to the DGHS, 87.00 percent of those who were sick from the start recovered, while 1.60 percent died.

Coronavirus illnesses and deaths have continued to climb dramatically in recent days, prompting the authorities to prolong the current lockdown until midnight on July 14. The administration had already agreed to implement a seven-day countrywide lockdown until July 7 in order to stop the spread of the deadly illness.