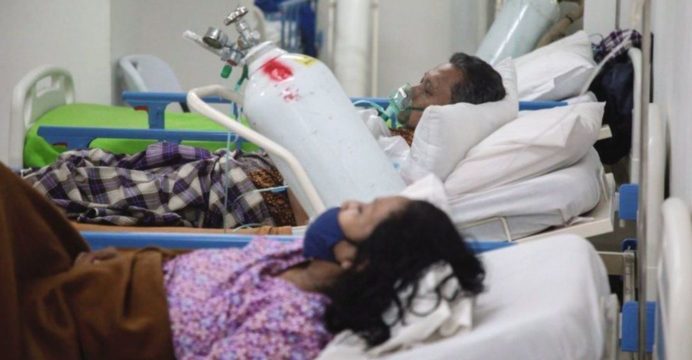 Indonesia is facing oxygen crisis due to Covid surge

Indonesia’s government has ordered producers to prioritise medical oxygen as it battles a Covid surge and a shortage of oxygen in a number cities.

Hospitals say they have almost exhausted supplies, with one reporting that 63 patients died as a result of oxygen shortages.

Indonesia is recording more than 25,000 new cases every day. Increased travel and the highly contagious Delta variant have exacerbated the crisis, reports BBC.

Indonesia has had the worst Covid outbreak in South East Asia, with about 2.3 million positive cases and more than 60,000 deaths so far.

However, experts warn that the overall numbers are potentially much higher because of severely inadequate testing outside the capital Jakarta.

A lockdown was announced on the country’s main island Java, as well as in the tourist island of Bali last week.