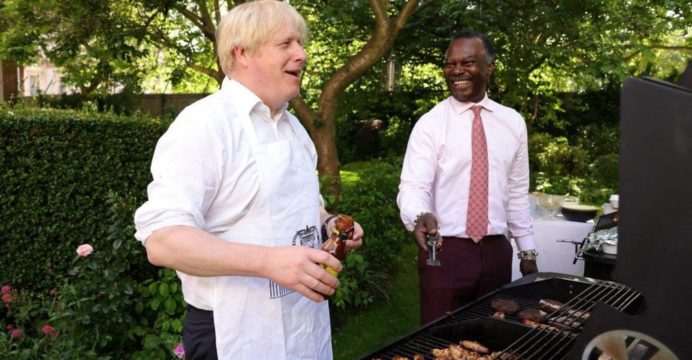 Boris Johnson is expected to confirm later he is confident the majority of the remaining Covid restrictions in England can be lifted from 19 July.

The PM is due to outline changes on social distancing, face coverings and working from home, as well as care home visits, at a No 10 news conference, reports BBC.

He said people must “learn to live with this virus” and “exercise judgement”.

Infections are expected to rise when rules are eased but ministers believe deaths will be limited by vaccinations.

The fourth and final stage of the government’s roadmap out lockdown in England was delayed last month to no earlier than 19 July.

Among the restrictions currently in force are the “rule of six” for gatherings, table service in pubs and restaurants, capacity limits in theatres and cinemas, and the closure of nightclubs.

Scotland, Wales and Northern Ireland are in charge of their own coronavirus rules, and the Scottish government has suggested it may retain some basic measures, including wearing masks, at its next review in August.

The chairman of the British Medical Association, Dr Chaand Nagpaul, said it “makes no sense” to stop wearing face coverings in enclosed public spaces amid a rising number of cases of the Delta variant.

He told BBC Radio 4’s Today programme: “We know that face masks are proven to reduce spread of this infection” and “can’t understand why – at a time where there are ‘exceptional high levels of cases’ – we would “knowingly want people to become infected”.

In comments released by Downing Street before the prime minister gives his update at 17:00 BST, Mr Johnson said he “must stress that the pandemic is not over and that cases will continue to rise over the coming weeks”.

But praising the successful vaccine rollout, he said he would “set out how we can restore people’s freedoms”, adding: “As we begin to learn to live with this virus, we must all continue to carefully manage the risks from Covid and exercise judgement when going about our lives.”

Downing Street said step four would go ahead in two weeks time only if the government’s “four tests” for easing curbs had been met.

The verdict on those tests – on the jab rollout, vaccine effectiveness, hospital admissions, and new virus variants – would only be confirmed on 12 July following a review of the latest data, No 10 said.

The findings of reviews on the use of Covid certification – or vaccine passports – and on social-distancing measures are also due to be announced by Mr Johnson.

However, Downing Street stressed that rules against travel to high-risk countries, as well as surge and community Covid testing programmes would continue to operate in future.