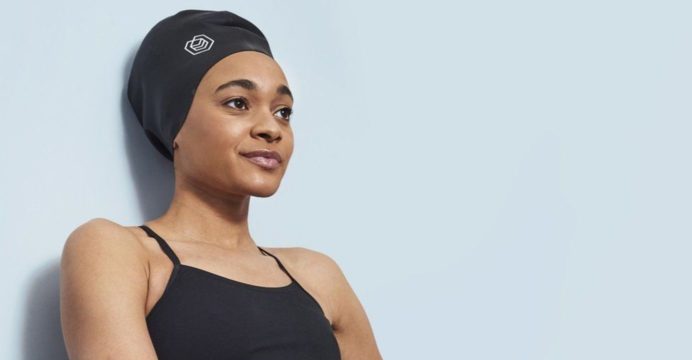 Afro swim cap Olympic rejection could be reconsidered after backlash

A decision not to allow swimming caps designed for afro hair at international competitions – such as Tokyo 2020 – could be reconsidered, after backlash.

Soul Cap said Fina, the water sports world governing body, had told them the hats aren’t suitable because they don’t follow “the natural form of the head”.

The comments sparked criticism from many swimmers with some saying it would discourage black people from the sport, reports BBC.

Fina now says it’s “reviewing the situation” regarding the products.

In a statement, it said it understood “the importance of inclusivity and representation”.

“Fina is committed to ensuring that all aquatics athletes have access to appropriate swimwear for competition where this swimwear does not confer a competitive advantage,” it added.

It said it would speak to Soul Cap about using the hats at Fina’s development centres, which train swimmers around the world.

Afro hair is naturally drier than other hair because it has fewer cell layers. The sodium hypochlorite – or bleach – found in swimming pools can dry it out more, leading to damage.

Kejai Terrelonge, 17, said hair-care is one of many barriers she’s faced as a black swimmer.

“Using the smaller swimming caps that everyone else would use – it would fit on my head but because I put [protective] oil in my hair, when I was swimming it would just keep sliding off and my hair would get wet,” said Kejai, who lives in Birmingham.

Swim England released a statement saying that Soul Caps “are permitted at all Swim England clubs and competitions under our auspices”.

“Swimming hats designed for afro hair can reduce barriers to the sport for under-represented groups, including black people,” it said.

White British children are over-represented in swimming relative to their population share, according to a report by Sport England from January 2020.

Around 29.3% of white British children take part in swimming, compared with 21.9% Asian children and 20.1% of black children.

The founders of Soul Cap, Michael Chapman and Toks Ahmed-Salawudeen, said they were grateful for the support they’d had after Fina’s rejection of their application to approve their hats for international competitions.

They said they grew up without learning to swim because “we didn’t think it was a sport for us, it wasn’t a thing amongst our friends and it wasn’t encouraged by our school or parents”.

In 2017, they decided to take lessons together – where they met a black woman with afro hair who was struggling with the size of her swim cap.

“After speaking with our mums, sisters, friends and realising the lack of suitable swimwear for swimmers with afro hair, braids, locs or any type of voluminous hair – we decided to create our own,” they said.

He tweeted that he was “utterly shocked and disgusted” by their decision last week, which “penalises and further segregates the black community in the pinnacle of sport”.