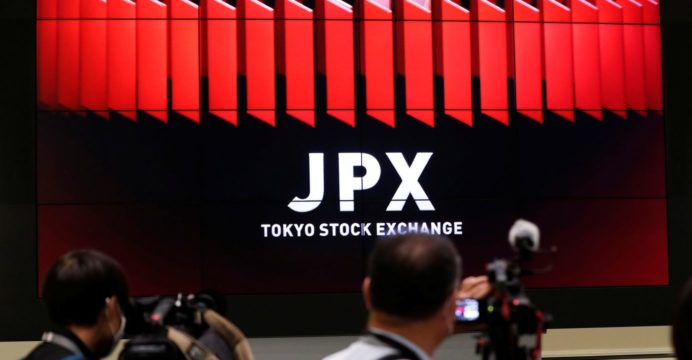 Tokyo stocks opened lower on Tuesday in subdued trade after a mixed close on Wall Street, with eyes shifting to key US economic indicators due later this week.

“Japanese investors are seen taking a wait-and-see attitude, even though rallies in the US high-tech sector are offering some support” as they await US manufacturing and payrolls data due this week, Mizuho Securities said in a note.

The New York market was “very quiet… ahead of US payrolls on Friday”, said Tapas Strickland, senior analyst at National Australia Bank, in a commentary.

“There was no top tier data to drive, while central bank commentary mainly echoed recent remarks,” he said, referring to a speech by Federal Reserve Bank of Richmond President Thomas Barkin.

In Tokyo, SoftBank Group was down 1.70 percent at 7,790 yen after a report said the investment giant is slashing jobs at its global robotics business.

On Wall Street, the Nasdaq and S&P 500 each finished at records on the continued resurgence of technology shares, while weakness in financial and industrial equities meant the Dow closed down 0.4 percent at 34,283.27.

Japan’s jobless rate in May worsened slightly to 3.0 percent from 2.8 percent in the previous month, according to official data released by the internal affairs ministry before the opening bell.