A US federal judge on Monday dismissed most of the claims filed in a case suing former president Donald Trump after security officers forcefully cleared peaceful demonstrators outside the White House last summer, reports bSS.

The American Civil Liberties Union and other US civil rights groups accused the then-president, and top officials in June 2020 of violating the constitutional rights of Black Lives Matters campaigners and individual protesters.

US District Judge Dabney L. Friedrich of Washington dismissed the majority of the claims filed against Trump, explaining in a 51-page opinion that accusations that the ex-president and several of his top officials had conspired to clear a path for a photo opportunity were too speculative.

“These allegations, taken as true, do not show sufficient ‘events, conversations, or documents indicating an agreement or meeting of the minds’ amongst the defendants to violate (plaintiffs’) rights based on (their) membership in a protected class,” she wrote.

“Merely alleging that the defendant officials communicated, without alleging any details of those communications that suggest an unlawful agreement, cannot justify inferring the requisite agreement for a… conspiracy.”

She also dismissed the plaintiffs’ push for a court order that would require the government to change its use-of-force practices against protesters.

Friedrich, a 2017 Trump appointee, did allow litigation to go forward challenging federal restrictions on protests at Lafayette Square, directly across from the White House, and against local police agencies that supported the operation.

On June 1, protesters angered by the murder of George Floyd, a Black man, by a white Minnesota police officer gathered in Lafayette Square, which faced the White House and became the focus of anti-racism protests in Washington. 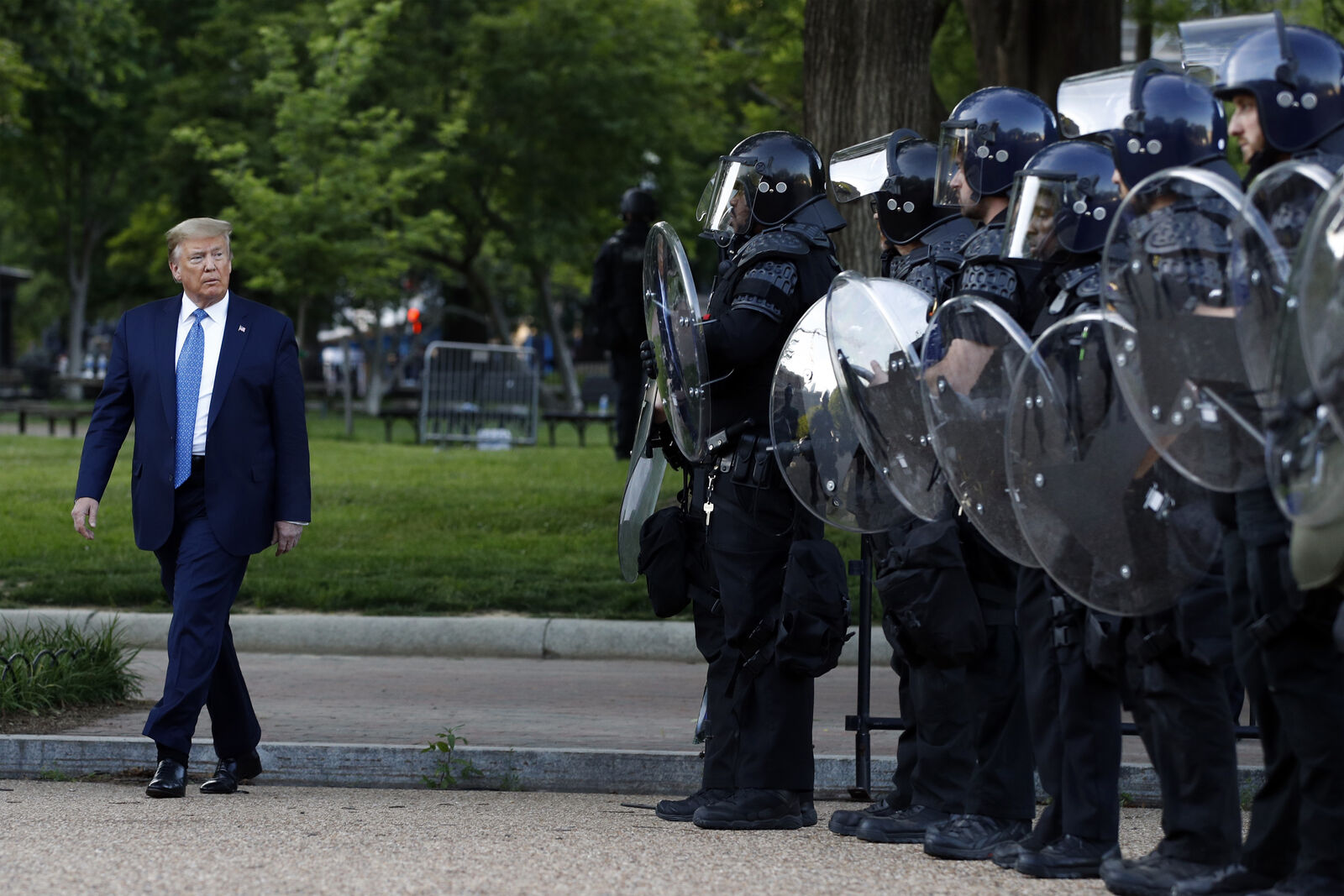 St John’s Episcopal church, which is across the street from Lafayette Park, defaced with graffiti and damaged in a fire during demonstrations the night before.

Law enforcement officers forced protestors back with pepper balls and smoke bombs before Trump walked to the church for a photo op.

He posed with a Bible outside the building, just minutes after vowing to dispatch thousands of heavily armed soldiers to stop demonstrations.

“Today’s ruling essentially gives the federal government the green light to use violence, including lethal force against demonstrators, as long as federal officials claim to be protecting national security,” he said in a statement.

“Not only is this decision a stunning rejection of our constitutional values and protestors’ First Amendment rights, but it effectively places federal officials above the law.”