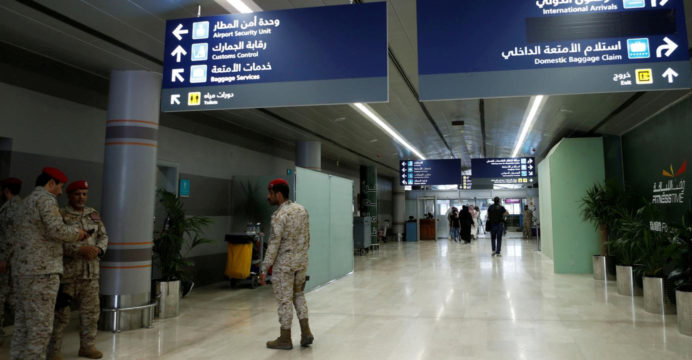 Yemen’s Houthi rebels fired eight explosive drones at a military base in the southern Saudi city of Khamis Mushayit on Friday. However, the Saudi air force was able to destroy the targets before they hit them.

The country’s state-run television channel said in a report on Saturday.

Meanwhile, the Huthi rebel group has also admitted to launching drones. A spokesman for the group said in a tweet on social media that a drone was first fired at Khamis Mushayit on Friday, followed by six more drones.

Yemen has been embroiled in civil war for the past six years. In 2015, Yemen’s ruling president, Abd Rabbu Mansour al-Hadi, fled attacks by Huthi rebels and sought refuge in Saudi Arabia. Since then, the Saudi-led military coalition has launched attacks in Yemen against the Houthis to bring Hadi to power.

Since then, Houthi rebels have often carried out drone and missile strikes targeting various provinces in Saudi Arabia. However, the Saudi-led military alliance destroyed most of them before hitting the target.