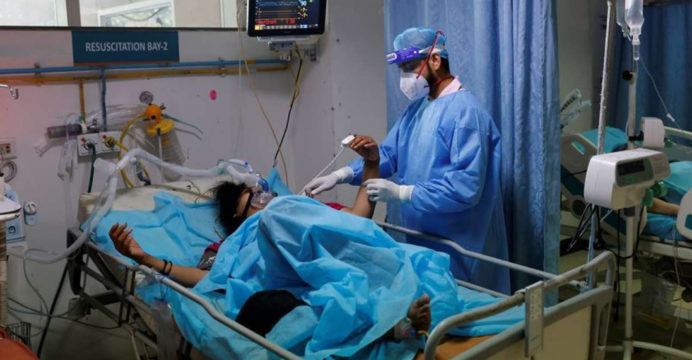 After black fungus or mucormycosis, there is panic about ‘green fungus’ in India. In Indore, Madhya Pradesh, a person infected with corona has contracted green fungus. In the language of medical science, this disease is known as ‘Aspergillosis infection’. This infection mainly affects the granules in the lungs. This is the first case of green fungus in India.

A 34-year-old man who was diagnosed with green fungus has recently recovered from the corona. He returned home after being hospitalized for about two months. But within 10-15 days of returning home, the fever came again. With that, there is bleeding through the nose. At first, the doctors suspected that it was a black fungus. But examination showed that the young man was infected with green fungus.

Ravi Dosi, head of the lung infection department at the Sri Arvind Institute of Medical Sciences (SEMS) in Indore, said the young man had a green fungus in his body. He said the infection had spread to the lungs, sinuses and blood of the infected youth. However, this infection was rare for so long.

So a lot of research is needed. It is also important to look at how different the recovery from corona and the infection is in the general patient. The victim has been shifted to Mumbai.