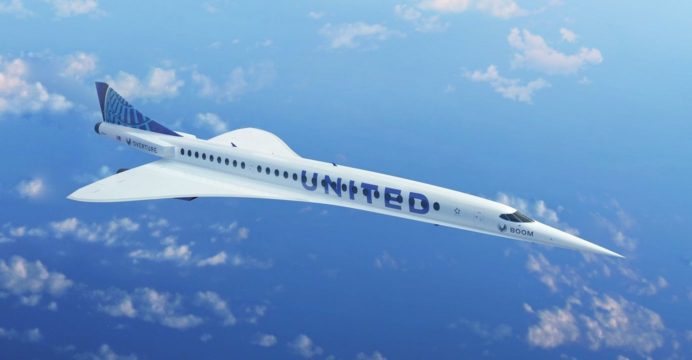 US airline United has announced plans to buy 15 new supersonic airliners and “return supersonic speeds to aviation” in the year 2029. Supersonic passenger flights ended in 2003 when Air France and British Airways retired Concorde.

The new Overture aircraft will be produced by a Denver-based company called Boom, which has yet to flight-test a supersonic jet. United’s deal is conditional on the new aircraft meeting safety standards, reports BBC.

WHAT IS SUPERSONIC FLIGHT?

At that speed, journey times on transatlantic routes such as London to New York can be cut in half.

Boom says Overture would be able to make the trip in 3.5 hours, shaving three hours off the flight.

WHAT ARE SOME OF THE CHALLENGES?

There are two major concerns with supersonic passenger travel: noise and pollution.

Travelling faster than the speed of sound causes a sonic boom, which can be heard on the ground as a loud thunderclap or explosion. It’s where the company Boom got its name.

The boom limits where the planes can fly. Typically they must lower their speed until they are out over the ocean, away from citizens who may be disturbed by the loud bang.

Boom says it is confident that its plane will not be any louder than other modern passenger jets while taking off, flying over land and landing. It also hopes improvements in aircraft design since Concorde will help it reduce and mitigate the sonic boom.

The other big issue is fuel consumption.

But she expects Overture to be operated as a “net-zero carbon aircraft”.

CAN SUPERSONIC TRAVEL REALLY BE ‘SUSTAINABLE’?

Central to Boom’s plan is for Overture to run entirely on sustainable aviation fuel (Saf).

That can take the form of “posh biodiesel” made out of everything from waste animal fat from the farming industry to specially grown high-energy crops, explains Dr Guy Gratton, associate professor of aviation and the environment at Cranfield University.

But one big problem is that “the world is very far from having anything like the production capacity needed” to produce enough biofuel to power the entire aviation industry, he says.

Boom predicts “power-to-liquid” processes – where renewable energy such as wind power is used to produce liquid fuel – will make up the shortfall.

“We expect that to be commercialised well before it’s needed for our purposes,” explains Boom’s Raymond Russell.

“There are billions of dollars of both airline commitments and investments across the sector.”

But it remains an industry that needs to be scaled up.