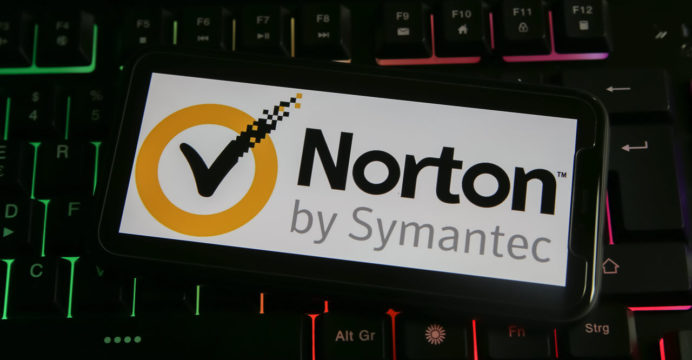 Norton Antivirus to add cryptocurrency mining to its products

In a surprise move, one of the world’s best-known anti-virus software makers is adding cryptocurrency mining to its products.

Norton 360 customers will have access to an Ethereum mining feature in the “coming weeks”, the company said.

Cryptocurrency “mining” works by using a computer’s hardware to do complex calculations in exchange for a reward. It is not clear what the business model for Norton Crypto is, or if Norton will take a cut of earnings, reports BBC.

The company pitched the idea as a safe and easy way to get into mining, an “important part of our customers’ lives”.

In a press release, Norton LifeLock – once called Symantec – said: “For years, many coin miners have had to take risks in their quest for cryptocurrency, disabling their security in order to run coin mining.”

That is true, in so far as anti-virus software packages such as Norton itself often falsely identify widely used mining programs as dangerous, and the antivirus software often needs to be deactivated to continue the mining process.

Norton also warns of “allowing unvetted code on their machines” and the danger of storing earnings on a hard drive which could fail.

But most keen miners use a small selection of well-regarded mining apps – some of which are little more than simple command-line scripts – and a digital wallet that is stored on the web or on a smartphone.

Mining Ethereum as a solo miner is very difficult, relying on luck and powerful computing hardware to receive coins.

Screenshots provided by Norton seem to suggest that the system will instead use a “pool” – where a very large number of miners all contribute whatever computing power they have and split the reward based on how much work their machines did.

But such pools almost universally take a percentage cut – a 1% cut of all earnings being a widely used standard. If Norton pursues such a model it would, in effect, leverage its millions of customers’ computers to generate a new income stream.

And the process uses a lot of energy – which may mean higher energy bills for unsuspecting consumers. The company told CNN it was considering adding other cryptocurrencies in addition to Ethereum in the future.

The move has been met with some scepticism among technology enthusiasts. 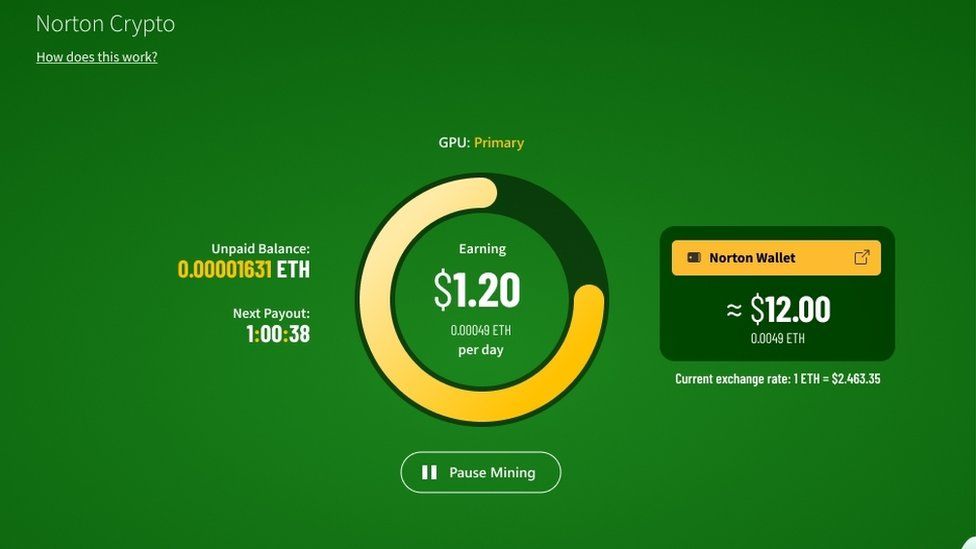 A screenshot provided by Norton showing its mining interface

Security site BleepingComputer pointed out that in the United States, where Norton has a strong customer base, cryptocurrency income is taxable, reportable income, which casual miners running antivirus software may not be aware of.

And tech news site The Verge highlighted that Norton often comes pre-installed on many laptops, offering free service for a while before asking for a subscription.

“It’s easy to imagine a company, not necessarily Norton, offering cheaper or even free computers, if you just turn your unused computing cycles into a recurring source of profit for the bloatware makers subsidising your purchase,” it wrote.

“Norton may be opening a door here that’s hard to close.”

In its statement, Norton product executive Gagan Singh said: “”We are proud to be the first consumer cyber-safety company to offer coin miners the ability to safely and easily turn the idle time on their PCs into an opportunity to earn digital currency.

The company said the product was available to its early adopter programme members from today – but would roll out more widely in the next few weeks.