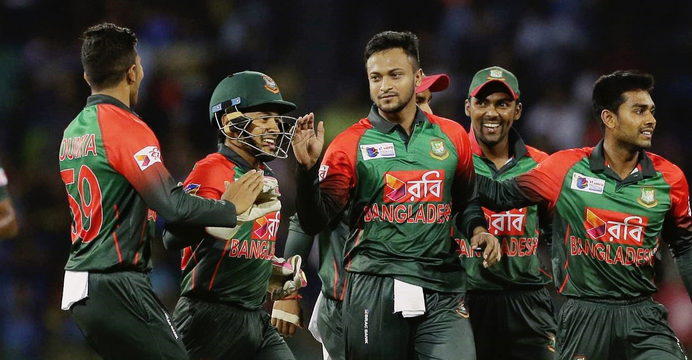 Bangladesh will go to Zimbabwe with senior cricketers

Cricketers are getting breathless from the bio-safety belt drawn in the busy schedule of cricket. Cricketers called up for the national team will have to catch a flight to Zimbabwe before the end of the ongoing Dhaka Premier Division Cricket League.

News has spread that some senior cricketers in the series with Zimbabwe want to take leave. However, the Bangladesh Cricket Board has no plans to give leave to the players. some can get rest for a few matches.

Responding to a question from the media in Mirpur today (Saturday), selector Abdur Razzak said, “First of all, Zimbabwe is not an easy opponent on Zimbabwean soil, I would say a relatively easy opponent on Bangladeshi soil.” Zimbabwe has never been an easy opponent in Zimbabwe. By no means do I want to convey that I recommend for the mother to be inactive.

However, Razzak said he was not aware of the players seeking leave. Razzak said, ‘I still don’t know anyone is saying he can’t stay. No one has said yet. ‘

No one wants to leave the family and stay in the safety zone for long. This time, the cricket board has allowed Tamim Iqbal and Mushfiqur Rahim’s family to stay in the DPL. Indian cricketers have been allowed to stay with their families on foreign tours. Will the cricketers of the Bangladesh team also get such benefits in the upcoming tour of Zimbabwe?

Razzak said the BCB would decide. However, the cricketers will be rested realizing the importance of the match even if they do not get leave. Razzak said, ‘The biggest challenge now is to stay in the biosecurity zone. Those who are regulars in the national team, think about them with a little attention, how long they are out. It’s really hard to calculate. ‘

Razzak added, ‘We just try to see the performance. But it should also be kept in mind that those who talk about cricket should do these calculations. Because it’s very natural to think of turning around and resting, another thing is to keep with the family if the board allows. ‘