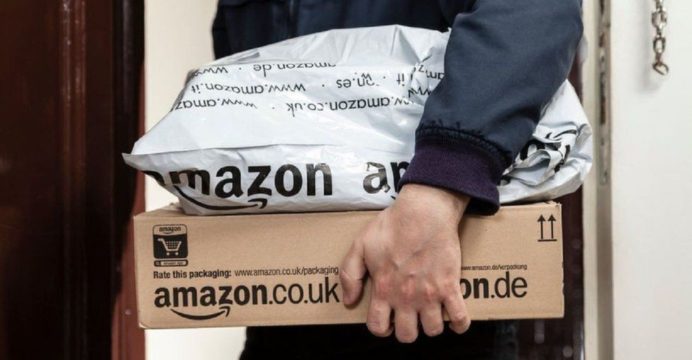 Why Amazon is being sued by Washinton DC?

Amazon is being sued by Washington DC over allegations it abuses its position as a retail giant.

The lawsuit, filed on Tuesday, claims that Amazon’s control of up to 70% of US online sales results in higher prices for consumers, reports BBC.

Amazon said that the lawsuit “has it exactly backwards”.

Filed by Karl Racine, Attorney General for the District of Columbia, the lawsuit accuses Amazon of charging third-party sellers on its site fees of up to 40% of a product’s price, as well as stopping them from charging less on other platforms.

An Amazon spokesperson said in response: “The DC Attorney General has it exactly backwards – sellers set their own prices for the products they offer in our store.

“Amazon takes pride in the fact that we offer low prices across the broadest selection, and like any store we reserve the right not to highlight offers to customers that are not priced competitively.”

The lawsuit seeks to stop Amazon from using “anti-competitive” practices and calls for damages and some remedies. But it will only apply to violations of the rules in the District of Columbia itself.

Amazon added that the relief sought would force it “to feature higher prices to customers, oddly going against core objectives of antitrust law.”

In 2019, Amazon scrapped a requirement for merchants to sign a “price parity” agreement that stopped them from selling at lower prices under pressure from senior US politicians.

But Mr Racine has said that it introduced “an effectively-identical substitute”.

The retail giant has already been charged with abusing competition rules by the European Commission. In November, it found that Amazon had used data on third-party sellers that use its marketplace to boost sales of its own-label goods.

Amazon insisted that – far from being anti-competitive – its private-label products were good for customers and offered more choice.

“No company cares more about small businesses or has done more to support them over the past two decades than Amazon,” it said at the time.

The latest legal challenge comes as tech firms face increased scrutiny, having seen sales or memberships jump during the pandemic.

Facebook and Google, for example, have been slammed as being “too powerful” in their markets by regulators in the US and in the UK.

Meanwhile, Amazon has seen sales soar as consumers were forced to stay at home due to coronavirus-related lockdowns. In the first three months of the year, it reported a profit of $8.1bn (£5.72bn), three times the amount in the same period a year earlier.