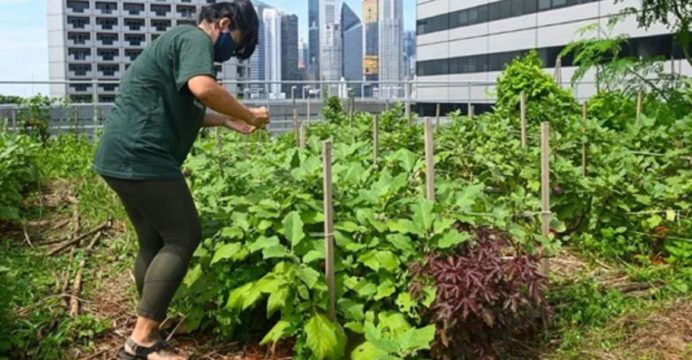 So-called urban heat islands expose Black Americans in US cities to twice as much additional warming during the summer as whites, a discrepancy with potentially serious health implications, researchers said on Tuesday.

From June through August in 175 cities accounting for 65 percent of the US population, districts inhabited mostly by white residents experienced, on average, an extra 1.5 degrees Celsius (2.7 degrees Fahrenheit) of warming due to heat-trapping concrete, dark tarmac, and air-conditioning exhaust, they reported in Nature Communications, reports BSS.

“We find that people of colour in the US live in neighbourhoods with higher surface urban heat island intensity than non-Hispanic white in 97% of these cities during summer days,” co-author Tirthankar Chakraborty, a researcher at Yale University’s School of the Environment, told AFP.

US government statistics on heat-related deaths in the United States from 2004 through 2018 show a death rate roughly 50 percent higher among non-Hispanic blacks compared to non-Hispanic whites, suggesting that added exposure may translate into dire health consequences.

The heat gap between rich and poor city dwellers was not quite as large: people living below the poverty line resided in areas 2.5C warmer on average, while those with incomes at least twice the poverty line only saw an increase of 1.8C.

Significantly, race and income level don’t overlap by much, according to the study, which matched satellite temperature data with data from the 2017 census: only 10 percent of people of colour live below the poverty line, but in half of US cities they are exposed to higher summertime heat than the average poor person.

“This suggests that widespread inequalities in heat exposure by race and ethnicity may not be well explained by differences in income alone,” Chakraborty said.

With only 1C of global warming so far, exposure to high temperature was blamed for 2,400 deaths in the United States in 2019, according a study by the Institute for Health Metrics and Evaluation (IHME) published last fall in The Lancet.

In 2003, a blistering heatwave across western Europe accounted for some 70,000 excess deaths in a handful of countries that summer.

Even under optimistic scenarios in which global warming does not rise 2C above preindustrial levels, heat waves are projected to become both more intense and more frequent, especially in the tropics.

“At 2C of warming, Karachi and Kolkata could experience conditions equivalent to their deadly 2015 heatwaves on an annual basis,” the UN’s science advisory panel, the IPCC, said in a landmark 2018 report.

In the United States, politicians and urban planners should heed the new findings “to identify best practices and strategies for mitigating the overall urban heat island exposure, as well as inequalities in its distribution,” the authors concluded.

They also pointed to tree planting and other forms of urban vegetation in low-income and minority areas as a strategy for reducing heat.

The city of Medellin’s “Green Corridors” initiative — a network of trees, plants and shrubs planted near streams crisscrossing the city — has lowered summer temperatures by up to two degrees Celsius, earlier research has shown.