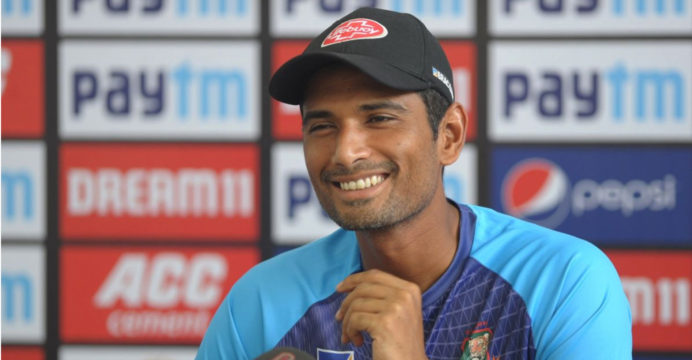 Mahmudullah skips PSL for the sake of DPL

Mahmudullah was recruited by Multan Sultan and after he skipped the tournament, the franchise named West Indies’s Shimron Hetmayer as his replacement.

Due to the surge of the Covid-19 cases, the PSL was postponed last March with 20 matches still to be played. According to the new schedule, the rest of the PSL tournament will be held in UAE from June 2.

As the tournament was postponed at the halfway stage, there was a void of foreign players, who were committed to the national team and other leagues. To fill the void of those players, Shakib, Mahmudullah and Liton Das got the offer to play.

Shakib Al Hasan who was recruited by Mohammedan in the DPL, earlier made it clear that he would prefer to play in the country’s domestic league rather than PSL. It is learnt that Liton Das also could skip the series. Basically for the quarantine issue and Covid-19 reasons, foreign players didn’t show their interest to play in PSL this year.