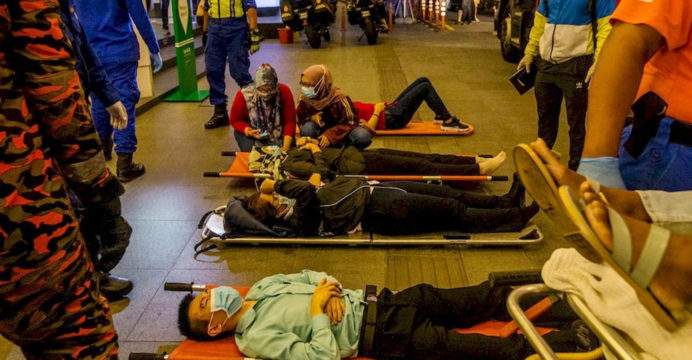 More than 200 passengers have been injured in a head-on collision between two LRT trains in the Malaysian capital, Kuala Lumpur. Authorities say 48 of them are in critical condition. The accident happened around 9 pm local time on Monday.

Pictures and videos circulating on social media showed extensive damage to the two trains in the crash. Besides, the passengers of the train are lying on the floor in a bloody state.

The Malay Mail quoted local Transport Minister Datuk Seri Wei Ka Seong as saying that 213 people were injured when two trains on the LRT Kelana Jaya line collided near the KLCC railway station in the capital. The condition of 48 of the injured is critical.