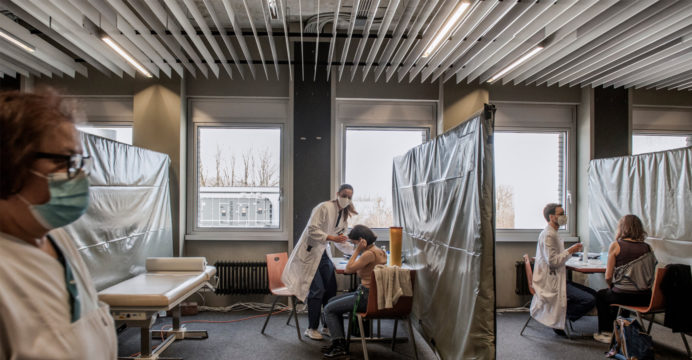 One million people are vaccinated in one day in Germany

In Germany, the coroner’s vaccination program has gained momentum. A record one million people were vaccinated on Wednesday alone. The administration is relieved that interest in vaccination has increased among ordinary citizens of the country.

when Different countries of the world crushed by the second wave of the corona. At that time, the vaccination program in Germany was in full swing. More than 1 million people in the country are being vaccinated in one day. According to the Robert Kock Institute of Germany, the number of first-dose vaccine recipients is now 25.5 million. More than 71 lakh 80 thousand people have been vaccinated with the second dose.

In other words, in a country of about eight and a half crore people, more than 7.6 percent have been vaccinated.

“I think the Corona vaccine can be trusted,” said one German who received the vaccine. So it is really important to get vaccinated, everyone is taking it. In fact, Germany is a developed country, so there is no crisis. But in poorer countries, tick buddies are needed more. So I want developed countries, including Germany, to help poor countries.

In spite of all this, almost every day thousands of people are getting infected somewhere in the country. An average of 200 to 250 lives are being lost. However, the general public has confidence in the Merkel government’s vaccination policy. In such a situation, the health minister has decided not to have any control over the vaccination or distribution of astragenca vaccine.