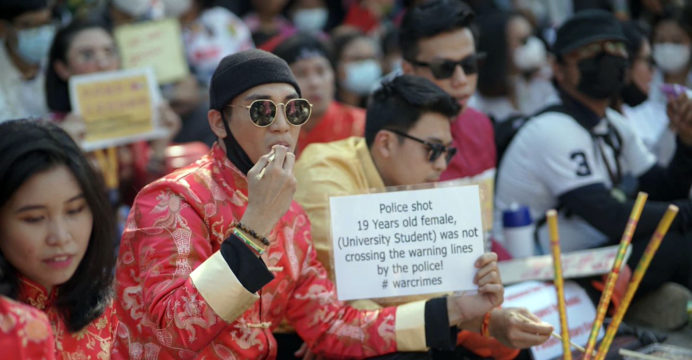 Burmese model Paing Takhon took to the streets in protest against the military junta with pets on his lap. Processed, stood with placards for hours. He was even instrumental in building international public opinion against Myanmar’s military rule. After that, his account on social media Facebook, and Instagram was deleted.

He was picked up from his home on Thursday morning. His sister, Thi Thi Luin, claimed that at least 50 soldiers in eight trucks had taken him away.

Paing’s older sister, Luin, wrote on Facebook: “At about five o’clock this morning, at least 50 soldiers in eight trucks came and took him away. My brother is very sick. He could not stand or walk properly. Neighbors also told the BBC that he had been abducted from Yangon’s North Dragon area, agreeing with his sister’s status.

“We don’t want a military junta,” Paying wrote on social media a few days ago. Those who have been detained in the mass movement should be released immediately. We want to restore the elected government of 2020. World, you stand up for Myanmar and democracy, not military rule, torture. ‘