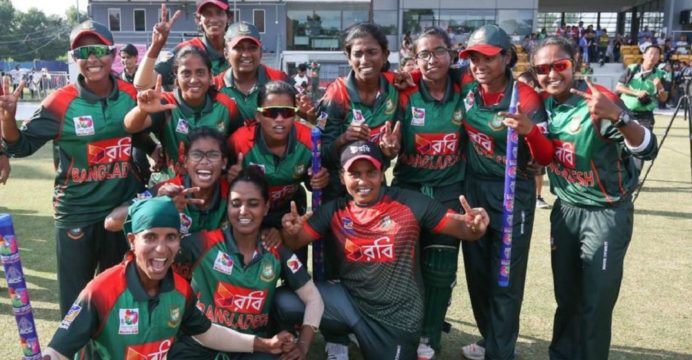 Bangladesh women’s cricket team has been granted the test status by ICC.

The media release stated as, “It was decided that Test and ODI status shall be permanently awarded to all Full Member women’s teams. Additionally, it was agreed that all matches at the Birmingham 2022 Commonwealth Games be classified as women’s T20 Internationals.”

Meanwhile the Women’s U-19 World Cup 2021, which was due to be organized in Bangladesh, has been deferred because of the outbreak of the COVID-19 around the world.

“The Board agreed to postpone the inaugural Women’s U-19 World Cup which was due to be held in Bangladesh at the end of the year. Covid-19 has had a significant impact on the establishment and subsequent development of the U-19 programs in many countries and teams would not be able prepare appropriately for a global event later this year. As such, the inaugural event will now take place in January, 2023,” said the press release.

Ireland and Netherlands are the only Associate teams to play Test cricket.

Along with Bangladesh, ICC grants test status to Afghanistan and Zimbabwe.