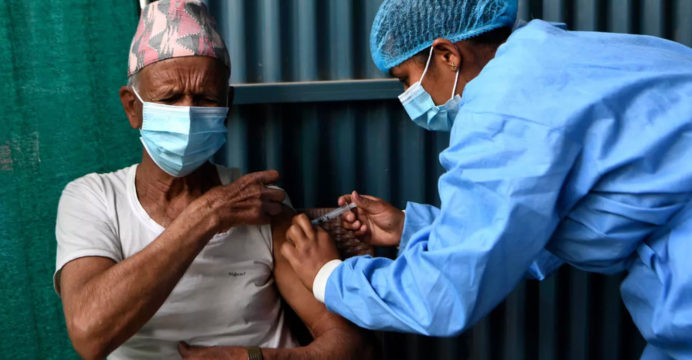 Nepal to use Chinese vaccine among people aged 40-59 years

The Nepali government has decided to inoculate the COVID-19 vaccine donated by China among people aged 40-59 years, a senior official of Nepal’s Ministry of Health and Population said.

A batch of Chinese vaccines arrived in Nepal on March 29 in a major boost to the Himalayan country’s vaccination drive against the pandemic.

“The government has decided to inoculate the Chinese vaccine among people aged 40-59 years from the hospitals and health institutions with appropriate infrastructure,” Jageshwor Gautam, spokesperson at the health ministry said at a press conference on Wednesday. “A different vaccination identity card will be distributed to the people who are inoculated with the Chinese vaccine.”

He said that additional preparation for a vaccination with the Chinese vaccine would be based on the recommendation of the National Immunization Advisory Committee, a government body, responsible for making necessary recommendations regarding the use of vaccines.

He however said that nothing has been decided regarding when the Nepali government would start inoculating the Chinese vaccine.

Earlier, on February 17, the Nepali drug regulator Department of Drug Administration had granted approval to the vero cell vaccine developed by China’s Beijing Institute of Biological Products Co., Ltd, under Sinopharm, for emergency use in Nepal. 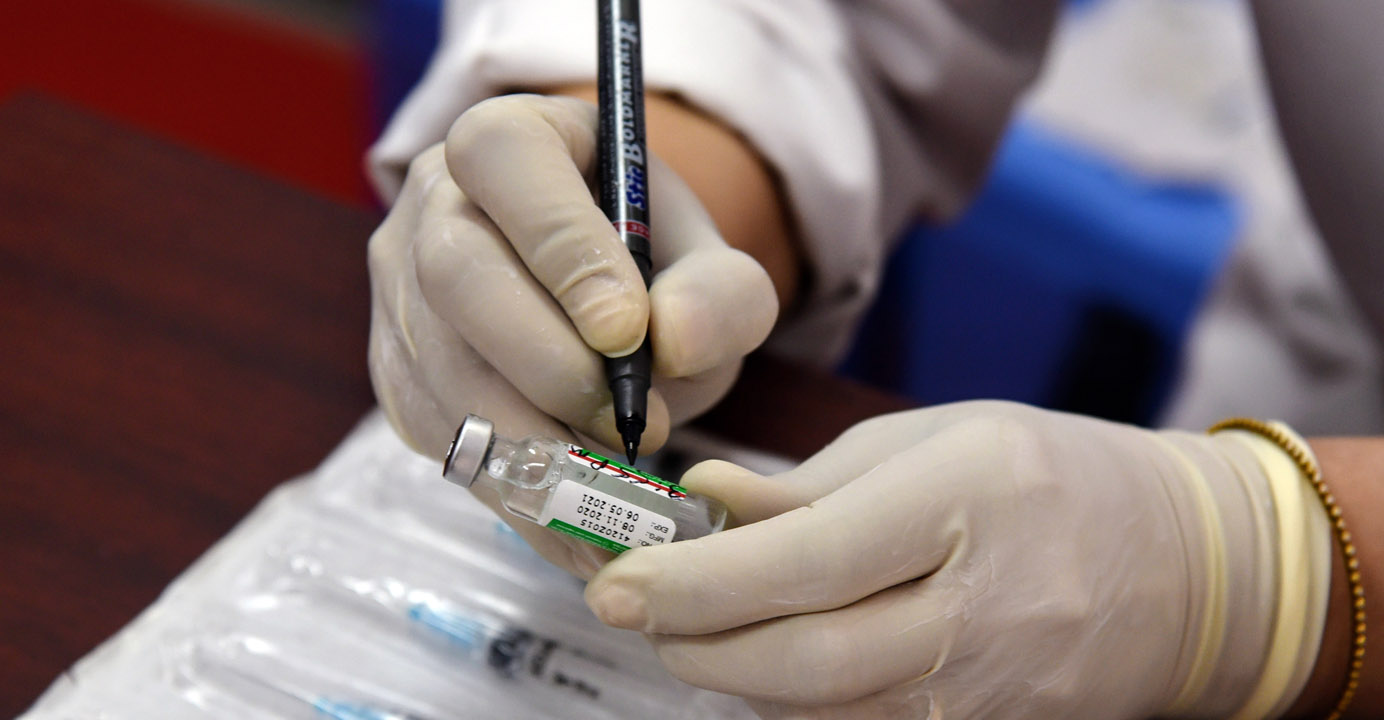 The Chinese vaccine has arrived in Nepal at a time when the Himalayan country is struggling to get enough vaccines to continue its vaccination drive.

Nepal started the vaccination campaign against COVID-19 on Jan. 27 and has so far inoculated over 1.7 million people in two phases, according to the health ministry.

In the first phase, health workers, sanitation workers, staff of diplomatic offices and journalists were inoculated first doses of the COVID-19 vaccine. In the second phase, people aged 65 years and above were vaccinated, according to the health ministry.

These vaccination campaigns were run with Covishield vaccine, developed by the Oxford University and AstraZeneca and manufactured by the Serum Institute of India.