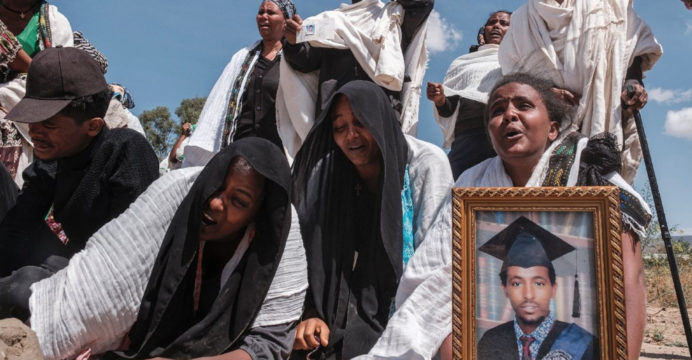 United Nations human rights chief Michelle Bachelet has agreed to Ethiopia’s request for a joint investigation into the humanitarian consequences of the conflict in the country’s northern Tigray region, a UN spokesman said Wednesday.

Tigray residents have told human rights groups and journalists of massacres, widespread sexual violence and indiscriminate killings of civilians by security forces in the region.

“The High Commissioner responded positively to the Ethiopian Human Rights Commission’s (EHRC) request for joint investigations on Monday,” Jonathan Fowler, spokesman for the Office of the UNHCRC told AFP.

The UN office is now preparing a plan in order to launch the mission as soon as possible.

Abiy declared victory in Tigray in late November after federal forces took the regional capital of Mekele, though TPLF leaders remain on the run and fighting has continued.

A communications blackout made it difficult to verify conditions on the ground for weeks, though access has improved recently for humanitarian organizations and the media.

US Secretary of State Antony Blinken last week described the violence as an “ethnic cleansing” and called for an investigation.

Ethiopia has rejected such a characterization as “unfounded and spurious.”

But UN officials fear for a humanitarian catastrophe and estimate that 4.5 million people need assistance.