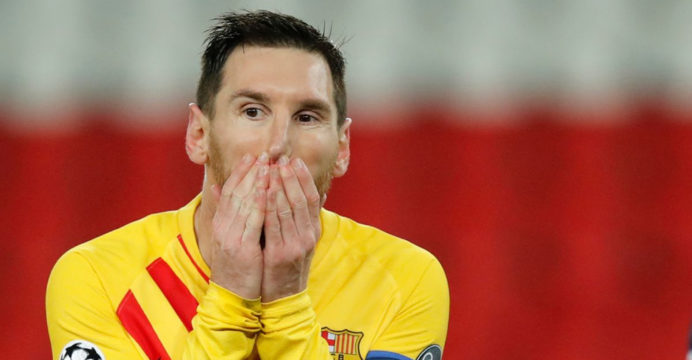 Lionel Messi scored one stunning goal but then had a penalty saved as Barcelona failed in their attempt to produce a second Champions League comeback for the ages against Paris Saint-Germain on Wednesday, a 1-1 draw taking the French side through to the quarter-finals 5- 2 on aggregate.

Kylian Mbappe netted a hat-trick as PSG stunned Barca 4-1 in the first leg last month, and he extended their advantage in this last-16 tie by netting a first-half penalty in the second leg to put last season’s runners-up ahead on the night.

But Messi made it 1-1 with a ferocious strike from 30 metres and the Argentine had the chance to put the visitors ahead after Antoine Griezmann was fouled in the area, only for the outstanding Keylor Navas to tip his spot-kick onto the bar.

Barcelona certainly went for it, but there was to be no repeat of their infamous recovery against the same opponents four years ago, when they lost the first leg 4-0 but triumphed 6-1 in the return.

It is the first time they have gone out before the quarter-finals since 2007 and, after Juventus were knocked out on Tuesday, neither Messi nor Cristiano Ronaldo will feature in the last eight for the first time since 2005.

Barcelona coach Ronald Koeman can nevertheless be encouraged by the way his team played on a cold, wet and windy night at an empty Parc des Princes. 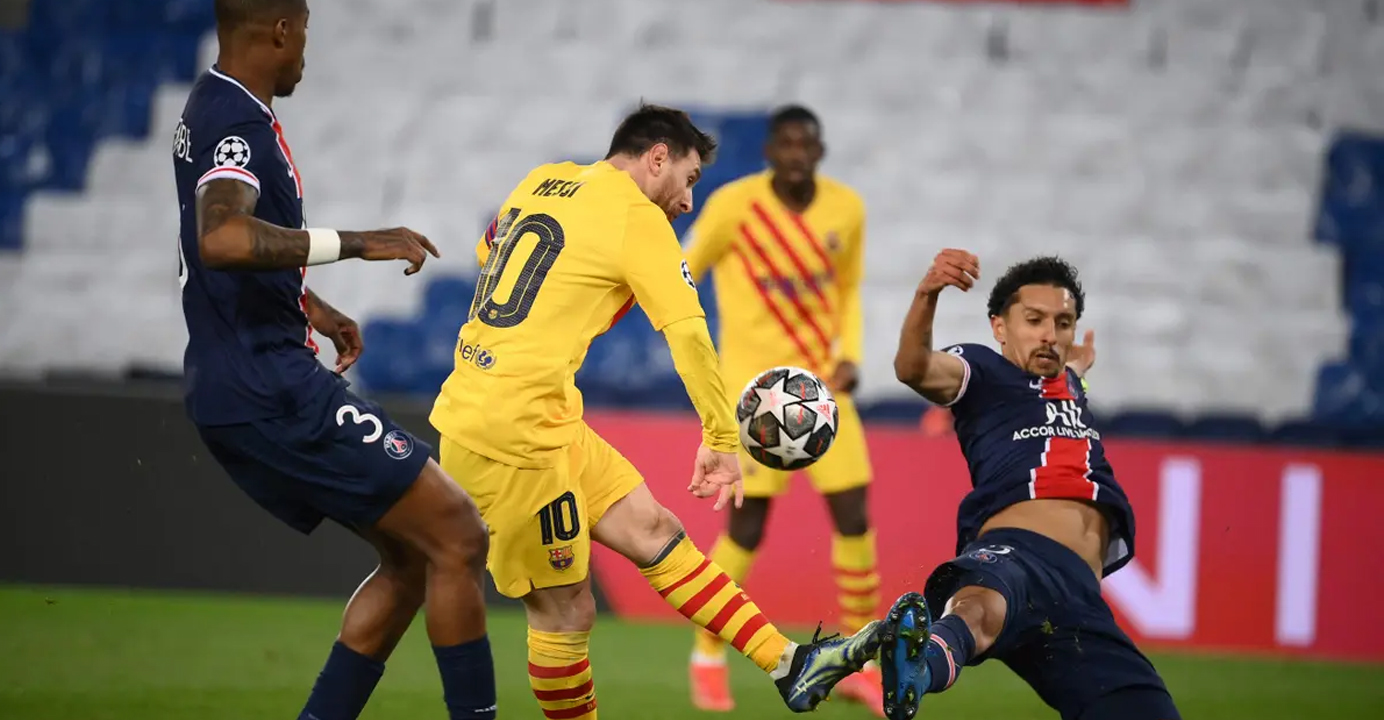 “We are out, and that is what counts in our sport, but we can feel good about it because we had chances to make life difficult for our opponents,” Koeman told Movistar Plus.

“We deserved more, and things could have been different had it been 2-1 at half-time.”

Barcelona has been a club in crisis for some time but they have a new president in Joan Laporta, who will hope to restore calm at boardroom level, and they can still hope to finish the season strongly domestically.

Meanwhile, PSG are safely through to the quarter-finals as they look to go one better than last season and win the Champions League for the first time.

They will feel this tie marks another step forward in their quest to become Europe’s dominant force, after three defeats at Barcelona’s hands in knockout ties since the Qatar Sports Investments takeover of a decade ago.