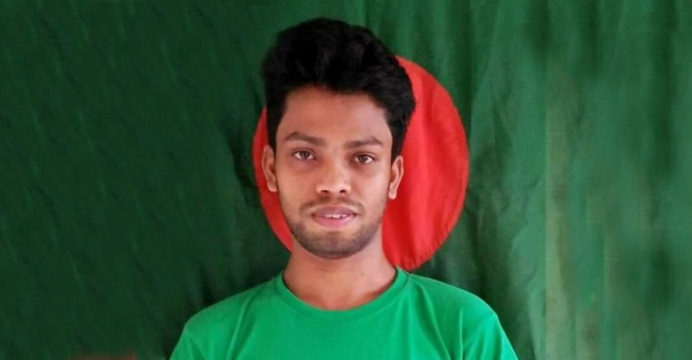 Youth organizer Sohanur Rahman received the Nasreen Memorial Medal for his special contribution against sexual harassment and violence against women. ActionAid has been presenting the ‘Nasreen Memorial Medal’ since 2008 in memory of Nasreen Parveen Haque, one of the leaders of the women’s rights movement.

The medal was presented to Sohanur, the executive head of the symbolic youth parliament, for setting an example against sexual harassment and torture through an online program on March 4 (Thursday) at noon. Rahima Sultana Kajal, Member of the General Assembly of ActionAid Bangladesh and Executive Director of Avas, handed over the medal in Barisal. Along with Sohanur, in recognition of her contribution to social change at the grassroots level, the other recipients of the four medals are Sushmita Sultana Swarnali, a young leader from Chittagong, Mosammat Hasna Begum, a woman farmer from Gaibandha, and Mosammat Rani Begum.

Sohanur is working as a Youth Advocate in several major UN groups, including the British Council’s Active Citizens, Girls Not Brides, Men’s Engagement Alliance, and the Global Network on Disaster Reduction. Sohanur, a member of the National Steering Committee of the Bangladesh branch of Climate Action Network South Asia, received the Youth for Water and Climate Award in 2016 from the Global Water Partnership International Alliance. 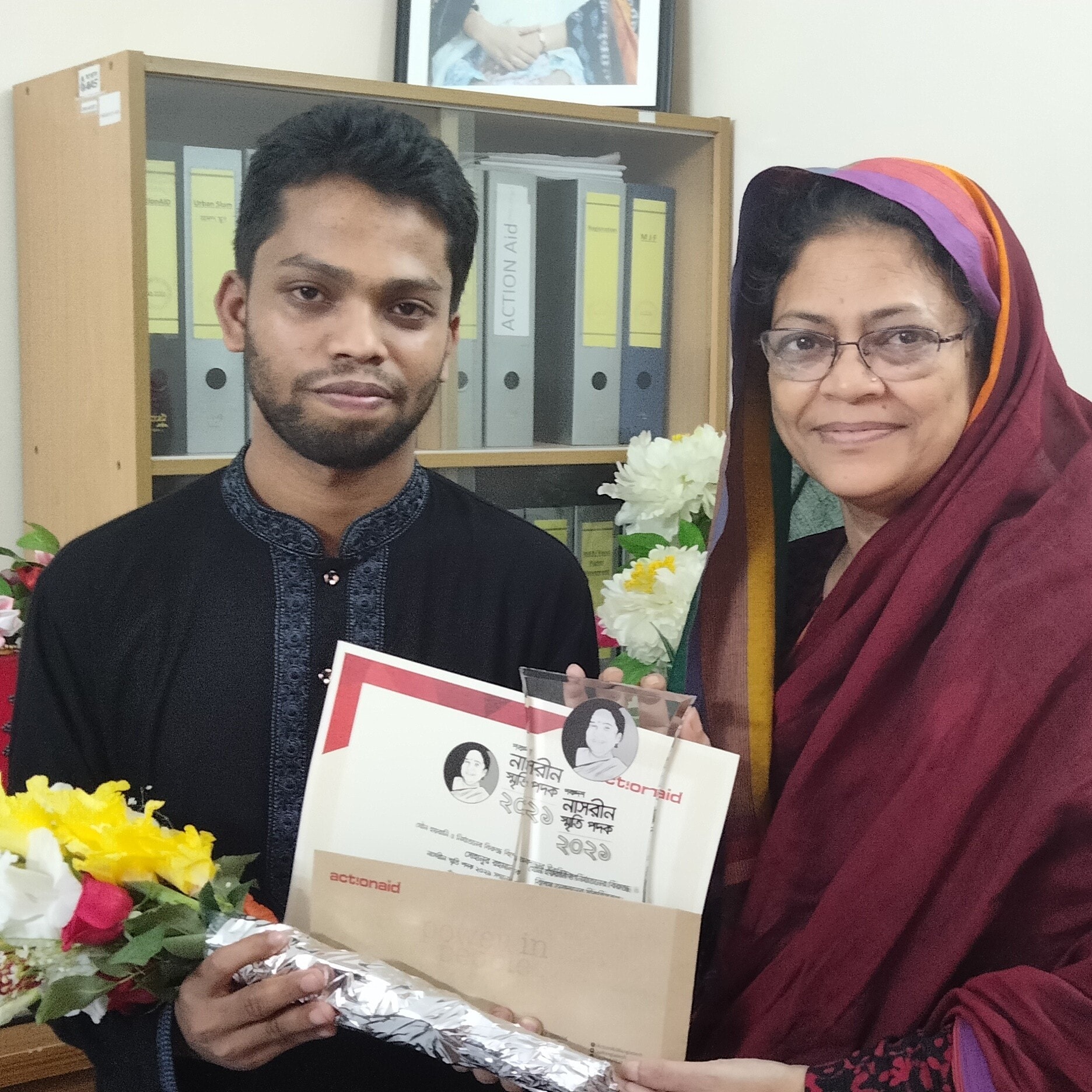 According to ActionAid Bangladesh, ActionAid has been providing the award since 2008 to set an example against sexual harassment and abuse, small women entrepreneurs (who have contributed to the employment of other women), women leaders in local government, and women who are vocal in preventing child marriage.

Nasreen Parveen Haque was born on 18 November 1956. He is the youngest child of engineer Mohammad Rafiqul Haque and poet Zaida Khatun. Prominent columnist and journalist Nurul Islam Bhuiyan is his life partner, their only daughter Jamila.

Nasreen Haque was a dedicated development activist, one of the pioneers of human rights, a valiant soldier in the environmental movement, a pioneer in the implementation of the rights of people of diverse nationalities, a pioneer in the fight for acid rights, prevention of violence against women. The ‘Acid Survivors Foundation’ was later formed on the basis of his initiative.

Nasreen Haque was determined to bring the acid attack victim to light. He was the first to bring women victims of acid attacks to the forefront and take them to the state level. Nasreen Haque is the one who has done the most work behind the first separate law against acid terrorism, which was enacted in 2001. He formed an organization of acid survivors called Pancham Sur.