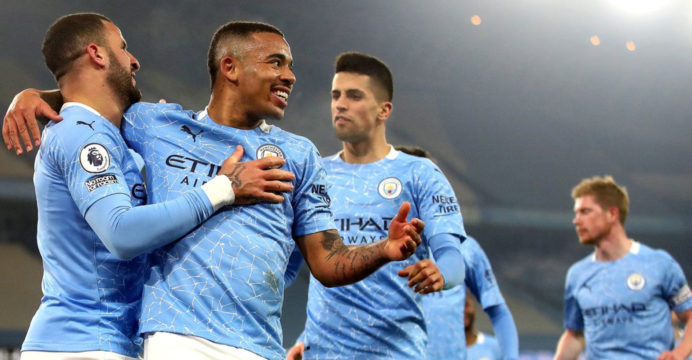 Man City touched the record for most wins by beating wolves

Manchester City maintained their winning streak in the Premier League by beating wolves 4-1 on Tuesday. This time the team has also touched the past record of winning the most matches in a row. With this victory, Pep Guardiola’s team is at the top of the Premier League table with a gap of 15 points.

Manchester City took the lead in the 15th minute of yesterday’s match at the Etihad Stadium with a suicide goal by Linder Dendonkar. But in the 61st minute, when wolves equalized with a goal by Con Cody, there was uneasiness in the City camp. However, goals from Gabriel Jesus and Riyad Maharaj finally secured three points for the league toppers.

Earlier, City was unbeaten in 26 matches from April to December 2017 in all types of competitions. Having won the third league title in the last four years, they are still considered as the clear favorites. This is their 15th consecutive win in the Premier League. City has never fallen behind in any of their last 19 Premier League matches. Arsenal set the record in the 1998-99 season.

Guardiola did not forget to praise this great team. But in the next match, the city boss and the nearest rival in the league table, Manchester United, called on the team to maintain continuity before the match.