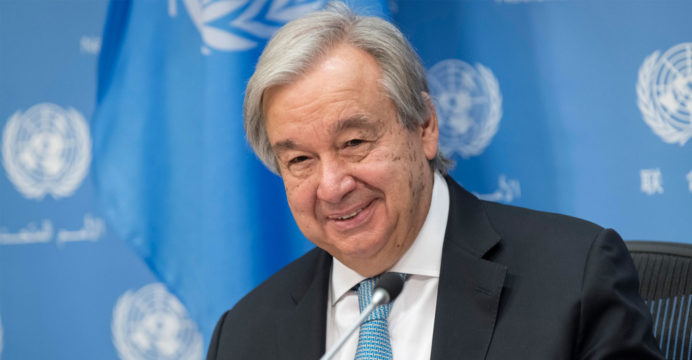 The UN secretary-general praised Prime Minister Sheikh Hasina, especially for her strong commitment to the people of Bangladesh.

Guterres and the foreign minister agreed that COVID-19 vaccination should be treated as a ‘global public good’.

The secretary-general highly appreciated Bangladesh’s generosity in giving shelter to the Rohingyas and reiterated that the “return of refugees to Myanmar is our common objective”.

He said that the UN stands ready to support Bangladesh in resolving the crisis. 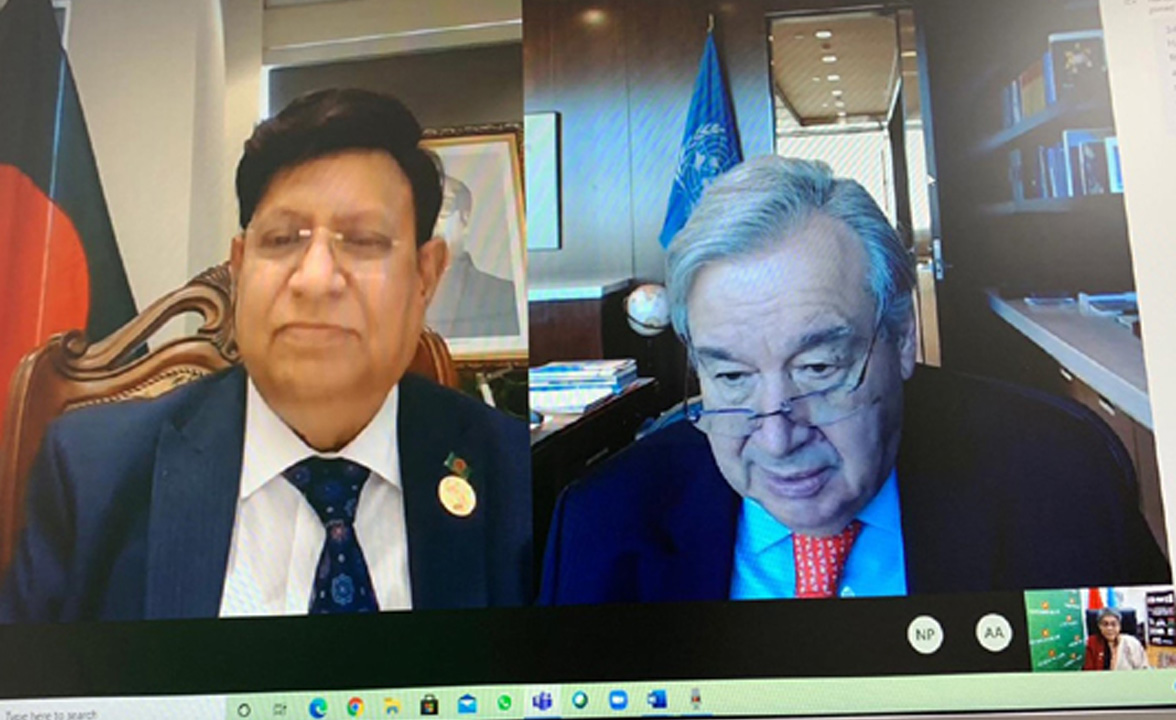 Bangladeshi foreign minister apprised the secretary-general of the measures taken by the government in Bhashanchar and requested the UN’s support for humanitarian assistance there for the Rohingyas.

Momen welcomed the secretary general’s call to mobilize climate financing and told him that as the current CVF President, Bangladesh would continue to work together with the UN to achieve climate ambition and build resilience in preparation for the COP 26 in Glasgow this year.

The foreign minister requested the secretary-general to use his good offices to convince development partners and IFIs to incentivize the graduating countries with new support mechanisms even after graduation.

He invited the UN secretary-general to participate in the celebration of Mujib Year and the Golden Jubilee of Bangladesh’s independence.

Bangladesh Permanent Representative to the UN, Ambassador Rabab Fatima was present during the meeting.