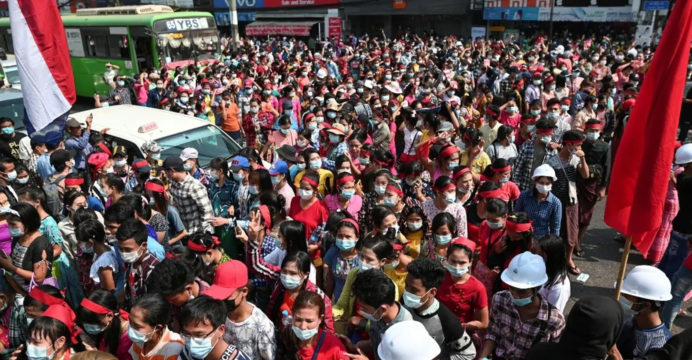 Myanmar’s protests will be broadcast, despite junta blackout

Myanmar’s web-savvy protest movement has overcome social media blocks and even a nationwide internet blackout to transmit real-time information out of the country, as the new military regime struggles to tamp down opposition to last week’s coup, reports BSS.

After spending most of the last 60 years under the yoke of army rule, Myanmar is no stranger to bold public condemnations of its armed forces — many of which were suppressed with lethal violence.

But unlike earlier years, when generals used onerous censorship laws and travel bans to keep crackdowns hidden from the outside world, thousands of people around the country have been wielding their phones to document defiance in real-time.

“Actually, I’m not interested in politics at all,” said Aung, who has spent the last few days uploading footage from protests in his hometown.

“But what the military did is so disgusting.”

Aung, who asked for his real name to be withheld, said he cried while watching the television broadcast last week that confirmed the putsch after the dawn raids that saw Aung San Suu Kyi and other civilian leaders were taken into custody. 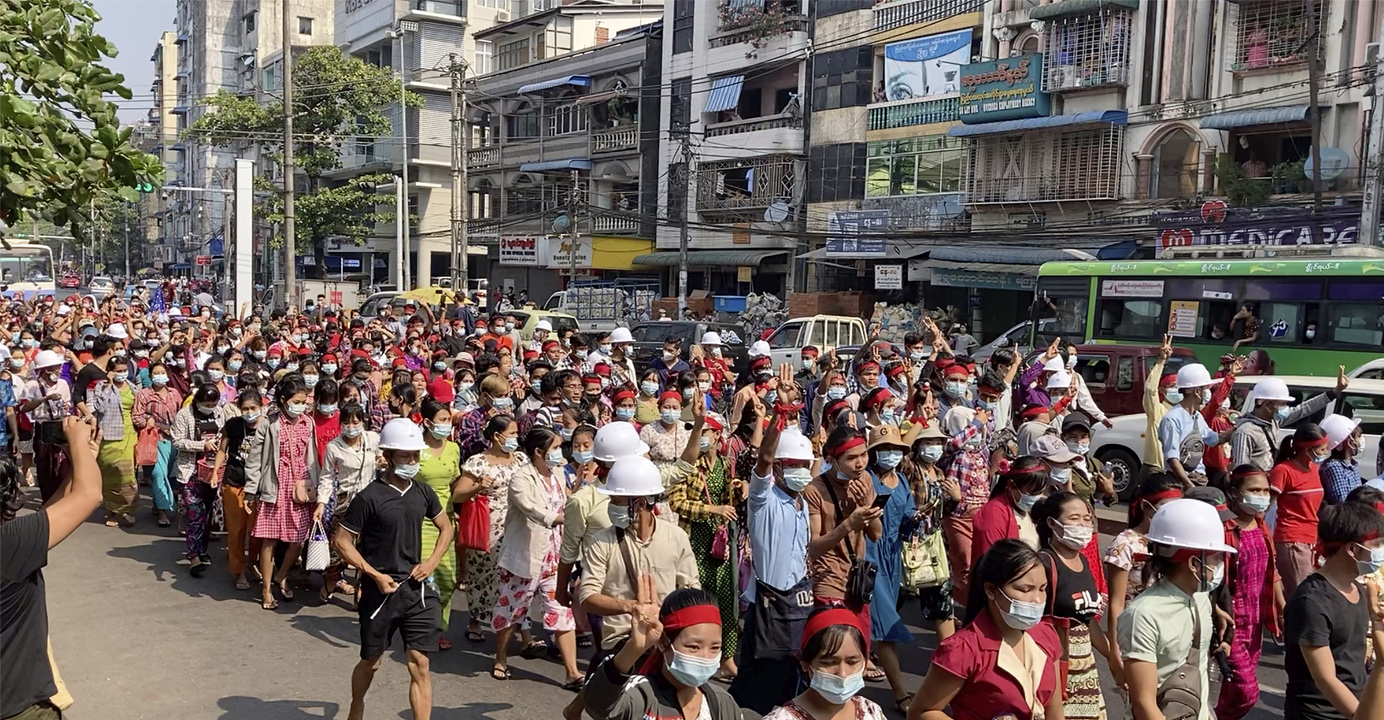 Since Monday, he has marched around the streets of his town with his old high school teacher — pushed along in the procession in her wheelchair — demanding the military respect the results of recent elections that Suu Kyi’s party won in a landslide.

“They arrested our leaders, our representatives,” the 20-year-old told AFP. “We feel like our dreams have disappeared.”

State TV channels now under military control have gone to great lengths to ignore the chorus of outrage erupting around the country, broadcasting karaoke reels and traditional dance routines even as police respond to rallies with tear gas and rubber bullets.

But on Facebook and other platforms, private media outlets and ordinary citizens are running live videos that document huge crowds thronging the streets, along with tense confrontations between demonstrators and officers.