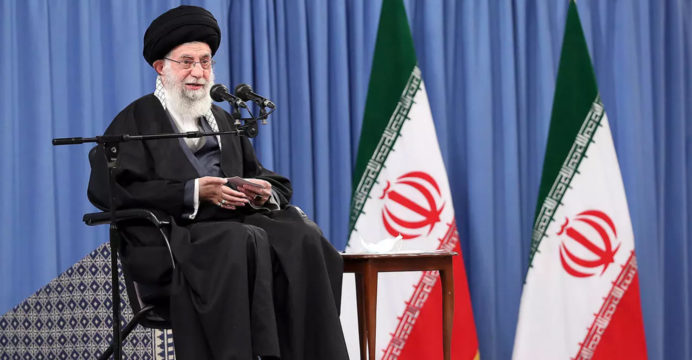 “If they want Iran to return to its commitments … America must completely lift sanctions, and not just in words or on paper,” Khamenei said in a televised speech to air force commanders.

“They must be lifted in action, and then we will verify and see if they have been properly lifted, and then return,” he added.

The 2015 landmark deal has been hanging by a thread since US President Donald Trump’s decision to withdraw from it in 2018 and reimpose sanctions on Tehran.

Tehran a year later suspended its compliance with most key nuclear commitments to the deal.

The new administration of US President Joe Biden has expressed willingness to return to the deal, but insisted that Tehran first resume full compliance.

On January 4, Iran announced it has stepped up its uranium enrichment process to 20 percent purity, far above the 3.67 percent level permitted by the deal, but far below the amount required for an atomic bomb.

And it may restrict by February 21 nuclear inspections if US sanctions are not lifted or other key parties to the deal do not help Tehran bypass them, according to a law passed by the parliament in December.