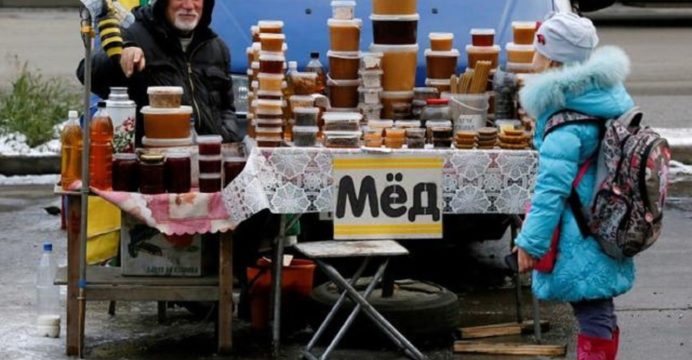 Consumer prices started to climb in March last year, driven by the slump in oil prices and a drop in the value of the national currency the ruble, after months of historically low inflation, reports BSS.

Among the most affected food prices were those of sugar, which rose by 64 percent, and sunflower oil, which rose 26 percent.

Russia’s government has been addressing the issue since late 2020 after President Vladimir Putin publicly expressed concern about the sharp increase in the prices of certain food products.

He instructed the government to prepare measures to regulate prices before the end of year holidays, which was followed by an announcement of export quotas for cereals among other measures.

Inflation was notably driven by the weak ruble, which fell in early November 2020 to its lowest level since December 2014, before recovering.