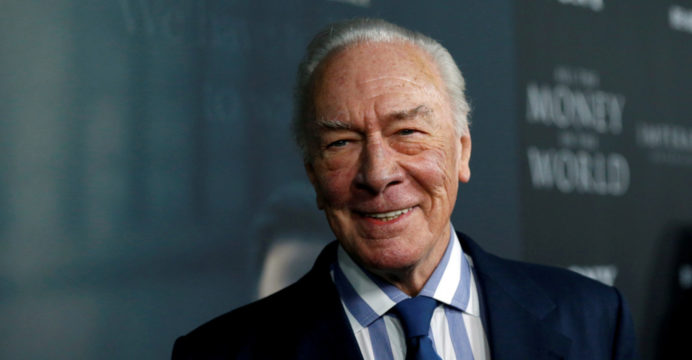 Veteran Canadian actor Christopher Plummer, whose decades-long career featured an indelible star turn in “The Sound of Music” and an Oscar win late in life, died on Friday, his manager announced. He was 91, reports BSS.

Plummer died at his home in Connecticut with his wife Elaine Taylor at his side, his longtime friend and manager Lou Pitt said.

“Chris was an extraordinary man who deeply loved and respected his profession with great old fashion manners, self-deprecating humor and the music of words,” Pitt said in a statement.

“He was a national treasure who deeply relished his Canadian roots. Through his art and humanity, he touched all of our hearts and his legendary life will endure for all generations to come.”

Plummer starred as the aristocratic widower Captain Georg von Trapp opposite Julie Andrews in “The Sound of Music,” the beloved 1965 cinematic tale of a musical family and their mischievous governess in Austria on the eve of World War II.

Despite its enormous worldwide success, Plummer publicly despised the film, calling his role “gooey” in The Hollywood Reporter in 2011.

But he later softened, telling the same publication in 2015 that the production was “the last bastion of peace and innocence in a very cynical time.”

Andrews called Plummer a “consummate actor,” adding in a statement to The Hollywood Reporter: “I treasure the memories of our work together and all the humor and fun we shared through the years.”