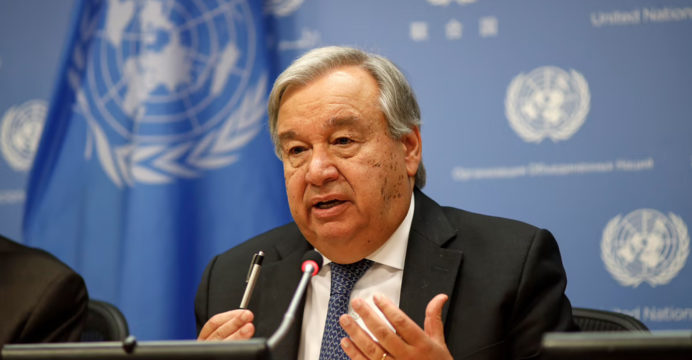 “Today we have very good news in our search for peace. I welcome the selection by members of the Libyan Political Dialogue Forum (LPDF) of a unified, temporary executive authority,” he told reporters.

He called on all members of the dialogue and the Libyan and international stakeholders to respect the results of Friday’s vote.

There is no reason for anybody not to be in agreement with this process, he said. “This process was a process agreed by all key actors — both Libyan actors and all other countries directly or indirectly involved in Libya. It was a transparent process, and it was a process that was inclusive of all regions of the country and all political forms of expression within the country.”

It is absolutely essential to unify Libya and to move forward on the way to peace with the elections that are scheduled for December 2021 being a key element of that way to peace, said Guterres.

Guterres believed that Friday’s Geneva vote represents a breakthrough as it followed the agreement on a nationwide cease-fire.

It is essential that all foreign fighters and mercenaries move first to Tripoli and Benghazi and then leave Libya, according to the new schedule that was defined. And it is essential that everybody cooperates with the new authorities to make peace happen in Libya, he said.

Guterres congratulated the three new members of the Presidency Council and the prime minister-designate on their selection and wished them every success in their mandate to lead Libya for the remainder of the preparatory phase, leading up to national elections in December 2021.