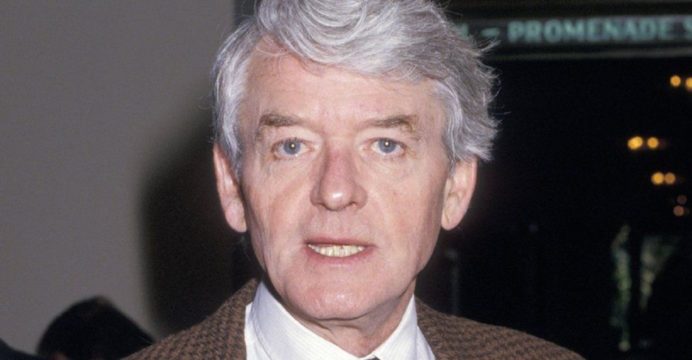 Hal Holbrook, the Oscar-nominated actor known for playing Deep Throat in All the President’s Men, has died at 95.

Holbrook, who also appeared in Wall Street, Into The Wild and Lincoln, died on 23 January, his assistant told the New York Times.

He had numerous TV credits to his name, including two appearances in US political drama The West Wing as Republican Albie Duncan.

Bradley Whitford, who played Josh Lyman in the series, tweeted: “My God, what an incredible actor. Rest In Peace, Hal Holbrook.”

Director Edgar Wright said: “What work Hal Holbrook leaves behind. Loved his performances in The Fog, All The President’s Men, Magnum Force, Creepshow, Capricorn One, The Star Chamber, Wild In The Streets & Into The Wild, among many many others.”

It earned him a Tony award for his Broadway performance in 1966 and the first of his 10 Emmy nominations in 1967. In the course of his long career Holbrook won five of the Emmys for which he had been nominated.

Holbrook first crafted and then performed Twain while he was a 19-year-old college student. His first big appearance in the part was on the famed Ed Sullivan TV Show.

Later, he performed the show on television and in theatres internationally, and also for former President Eisenhower and in an international tour sponsored by the US State Department.

He continued with his Twain act until his early 90s, playing on Broadway and notching up more than 2,200 performances in venues across the country.

“Mark Twain gets me out of the bed in the morning,” Holbrook said in 2014.

“He literally fires me up. I don’t have to fire myself up, all I have to do is lay there and think about what’s going on in my country and the world and run over some of the Twain I am going to do.”