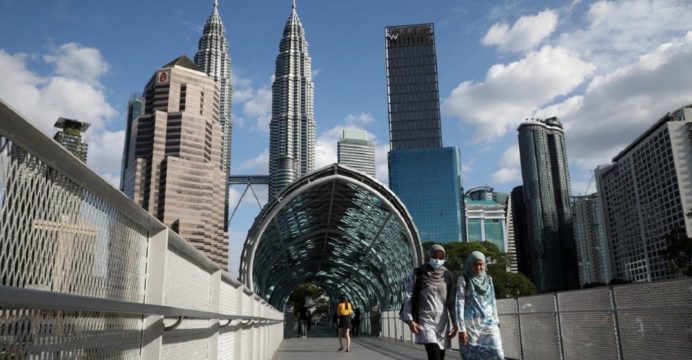 Malaysia declares state of emergency to combat a rise in coronavirus

The king of Malaysia, Al-Sultan Abdullah, has declared a months-long state of emergency across the country to combat a rise in coronavirus cases.

The move was requested by Prime Minister Muhyiddin Yassin, and allows Mr Muhyiddin to suspend parliament at a time when his government is weakened, reports BBC.

The palace said the emergency would last until 1 August, unless cases were brought under control earlier. Critics say it allows Mr Muhyiddin’s unstable government to cling to power.

The prime minister came to power in March last year with a thin majority, but was facing threats from coalition allies to withdraw support for his government, triggering a snap election.

The state of emergency, the first in 50 years, was declared on Monday by the king, Sultan Abdullah Sultan Ahmad Shah. It suspends Malaysia’s parliament and political activity and grants the state new powers.

The announcement came a day after Mr Muhyiddin introduced sweeping new coronavirus restrictions across much of the country, including the closure of most businesses, warning that the health system was at “breaking point”.

The prime minister, who is just 10 months into his term, insisted in a televised address that the emergency declaration was “not a military coup” and a curfew would “not be enforced”, adding that he was committed to holding a general election once the country’s outbreak was brought under control.

The state of emergency allows the state to take over private hospitals and deploy additional military and police. Tough lockdown measures have kept the coronavirus under control for much of the past year in Malaysia but cases have increased sharply as those measures were eased.