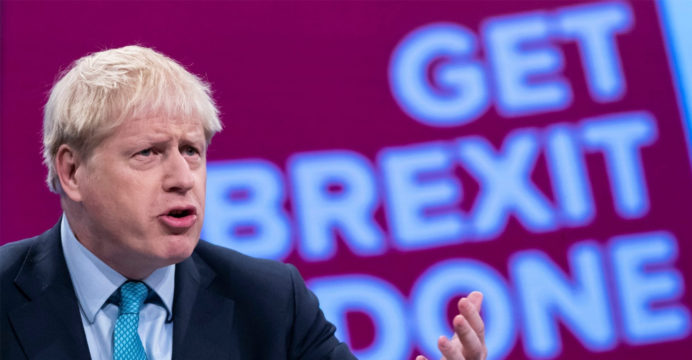 Britain and the European Union have finally agreed to discuss post-Brexit trade relations. The announcement was made by British Prime Minister Boris Johnson after a meeting with the President of the European Commission. Leaders of the two sides say this will pave the way for a compromise on various issues, including tariffs and trade policy.

In a referendum in 2016, Britain decided to secede from the EU. After much drama, an agreement with the European Union on the Brexit issue was reached in Britain on 31 January this year. The rest, however, is a compromise on various issues, including the demarcation of trade borders.

Finally, the EU and the UK have agreed to discuss the pending issues. After a phone conversation with the President of the European Commission, British Prime Minister Boris Johnson said that this initiative is to cut the post-Brexit crisis.

“We have differences of opinion on various issues,” he said. But after talking to the President of the European Commission, it seemed that we could discuss the issues. The post-Brexit process has been stalled for a long time due to disagreements over contentious issues. If these are not resolved quickly, it will be difficult for us to move forward.

The two sides were given until December 31 to determine trade relations. The 45-year-old relationship will come to an end on January 1, whether it is a compromise or an agreement. If there is no agreement, both parties will have to pay the tariffs imposed on each other.