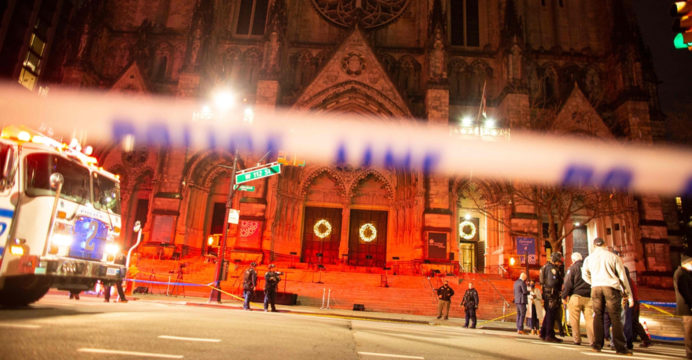 An unidentified gunman attacked a church in New York during a prayer service. He lost his life in the police counter-attack.

Police said in a statement that the event was being held outside St. John the Divine Cathedral on Sunday. More than two hundred people were present there. At that moment, the assailant stood on the steps of the church and fired a revolver.

At that moment, the participants in the prayer music spread panic around. The assailant was seriously injured when the security guards deployed around fired back. He died on the way to the hospital.

Police have not yet revealed the name of the gunman. However, the cause of the attack is being investigated, police said.