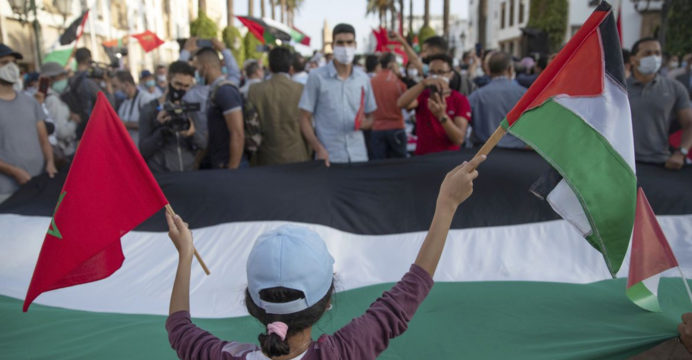 Morocco is normalizing relations with Israel

Morocco has agreed to normalize relations with Israel. This information was reported in the BBC online report on Thursday.

The United Arab Emirates, Bahrain, and Sudan have recently followed the same path as Morocco. Egypt and Jordan are also going to normalize relations with Israel.

On Thursday, Trump announced on Twitter that Israel and Morocco had agreed to establish full diplomatic relations. This is a major step forward for peace in the Middle East.

The United States has agreed to recognize Morocco’s claim to sovereignty over disputed Western Sahara territory under a Washington-brokered deal. This recognition by the United States is seen as a major achievement for Morocco.

A statement from Morocco’s royal family confirmed the agreement. The statement said the Moroccan king had agreed to establish diplomatic relations with Israel in a telephone conversation with Trump.

Palestine has condemned the deal.