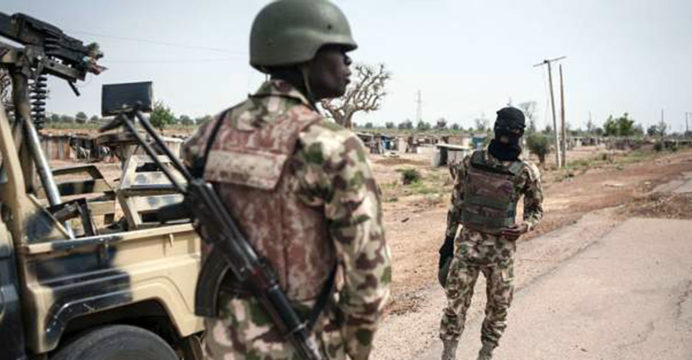 Ten soldiers have been killed and one abducted in clashes with IS-linked jihadists in Nigeria’s northeastern state of Borno. This news has been known from multiple security sources.

The clashes erupted on Monday when troops raided a camp of the Islamic State of West Africa Province (ISWAP) in the village of Alagarno in Damboa district.

A security source said on Tuesday that 10 soldiers had been killed and one had been abducted by terrorists.

Confirming the death toll, another security source said there had been intense fighting on both sides. There have also been casualties on the part of the terrorists. However, they have also been able to eliminate the troops.

The terrorists also snatched four vehicles, including a truck and an armored vehicle. Alagarno, 150 km from the regional capital Maiduguri, is a stronghold of ISWAP.

The group is increasing the number of attacks, killings, and abductions of civilians day by day. They are also attacking the villagers for food.