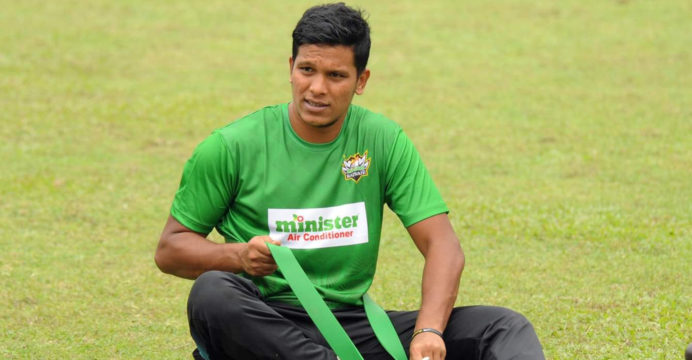 Saifuddin back as Rajshahi bats first against Khulna

Mohammad Saifuddin is back in the Minister Group Rajshahi squad, recovering from his ankle injury as his side was sent to bat first in their game against Gemcon Khulna in the Bangabandhu T20 Cup at Sher-e-Bangla National Cricket Stadium on Sunday.

To make way for Saifuddin, Mohammad Ashraful was dropped from the side. Apart from bringing back their key all-rounder, who was their first choice in the players’ draft, Rajshahi made another change, including Jaker Ali Anik at the expense of Ebadot Hossain.

Khulna, seeking a fourth victory in the tournament, fielded an unchanged side that won the last game against Fortune Barishal by 48 runs.

Rajshahi is at fourth place on the points table with four points from five games.