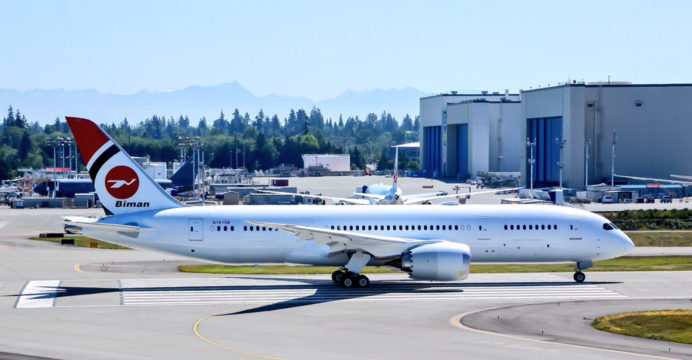 Biman Bangladesh Airlines flights on 5 int. routes have been suspended till December 31

He said flights to Bangkok, Manchester, Kathmandu, Medina, and Kuwait have been suspended till December 31 due to the Covid-19 situation. The decision to resume flights will be taken later subject to improvement in the situation.

Due to the Covid-19 epidemic, flights to various destinations around the world have been suspended since last March. As the situation has improved, the airline has resumed flights on several routes. However, flights to Bangkok, Manchester, Kathmandu, Medina, and Kuwait have been suspended till December 31. Meanwhile, after the completion of the first phase, the second wave of Corona has started in different countries. Bangladesh is also expecting a second wave of the corona.