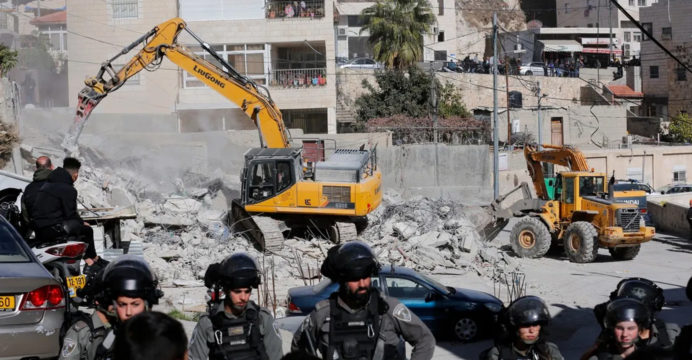 The European Union (EU) has called on Israel to end its brutal violence against Palestinians and evictions. EU spokesman Peter Santo made the call in a statement on Wednesday.

He said in a statement that Israel had forcibly demolished more than 70 Palestinian infrastructure this week. Among those demolished were dwellings, living quarters and sanitation facilities. Eleven Palestinian families, including 41 children, have been evicted from the Khirbat Hamsa al-Fouka area.

In that statement, he added, “Sadly, earlier this year, he decided to launch another large-scale eviction campaign.” The biggest threat to eviction is the Ras Al-Tin community school in the West Bank. Its co-founders are several member states of the European Union and the EU. Currently, 52 Palestinian schools are under threat of eviction.

The United Nations said in a statement on Thursday that 689 infrastructures in the West Bank and East Jerusalem had been demolished so far this year. There are also mentions of 52 schools.