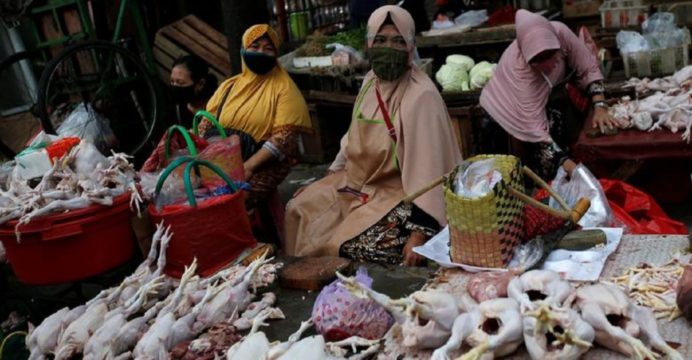 Indonesia falls into its first recession in 22 years

Indonesia has fallen into its first recession in 22 years as the coronavirus pandemic continues to take it toll. South East Asia’s biggest economy saw growth fall 3.49% in the third quarter of the year, compared to the same period in 2019.

Following a fall of 5.32% in the second quarter of 2020, this has pushed Indonesia into a recession. The last time this happened was during the 1998 Asian financial crisis, reports BBC.

Authorities in Indonesia have predicted that 3.5m people could lose their jobs due to the coronavirus downturn. Indonesia has the highest infection rate in the region.

While agriculture is a major component of its economy, Indonesia relies heavily on tourist dollars. Millions of foreigners fly to Bali each year in search of deserted beaches, terraced rice fields and sprawling Hindu temples.

But their numbers have dropped sharply since Indonesia closed its borders to non-residents, like other countries battling with the pandemic. The 3.49% fall in economic growth during July to September is slightly worse than the 3% that economists had predicted.

The capital city Jakarta went into a second semi-lockdown for four weeks starting in mid-September with rising cases straining its health system.

“All in all, Indonesia’s economy is past its weakest point, but with the domestic outbreak not under control yet, economic activity is likely to remain under pressure,” wrote ANZ bank.

Government officials have pledged to accelerate spending to counter the pandemic’s impact and push Indonesia’s gross domestic product (GDP) back into growth.