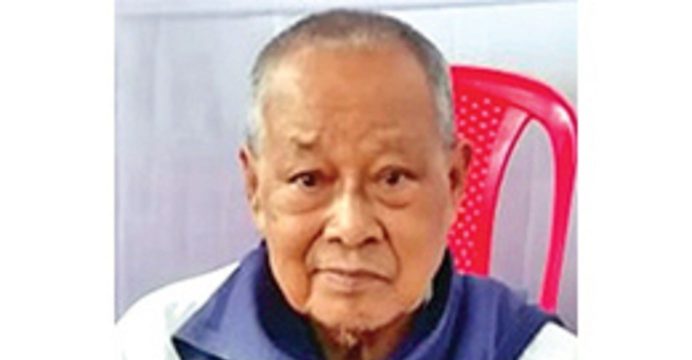 Journalists’ Forum Assam (JFA) expresses its grief over the demise of veteran journalist and media trade union leader Kshetradhar Phukan who passed away on 29 October 2020. The State media forum also paid heartfelt tributes to Phukan, who played an important role in strengthening the movement for legal dues to media employees.

Phukan started his journalism career with The Assam Tribune. He led the Tribune employees union for many years and successfully raised voices for the newspapers workers across the State. Lived as a confirmed bachelor, Phukan (85) was lately suffering from various ailments and left behind a host of relatives.

Meanwhile, the forum expresses serious concern over a viral exposure of a payment-list narrating amounts paid to some media houses and individual scribe in social media and urged the State media fraternity to stand against the effort to malign its image. However, the forum appealed to all concerned media persons to clarify their stand effectively.

Mentionable is that, an unauthenticated sheet of paper where it is written as ‘confidential’ describes a list of monthly beneficiaries including some media houses from an association of truckers. Claimed as prepared on 21 October 2020, the list mentions a number of news channels and newspapers along with a press association based in Guwahati.

It describes the total media expenditure as much as Rs 39,70,000 per month along with lavvy to Cachar police (Assam) and Meghalaya police personnel. The expenditure to carry ‘coil’ (coal?) involving payments to media groups may trigger repercussions among the common people even though the particular paper is not authenticated.

“The paper is made viral in social media including influential whatsapp groups which would multiply the number of viewers in every single minute even without getting the space in mainstream media,” said a statement issued by JFA president Rupam Barua and secretary Nava Thakuria adding that the mainstream media should (must) react to the development collectively.