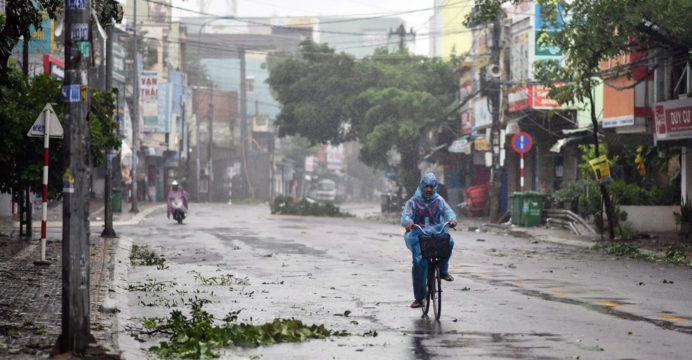 Cyclone and landslides killed 21 in Vietnam

Extreme levels of rainfall and landslides have killed at least 21 people in Vietnam as a result of Typhoon Molave. Many are missing in Thursday’s crash.

The Disaster Management Department says 53 people are missing after two landslides. So far 19 bodies have been recovered from the bottom of the mud. It is estimated that 45 more bodies have been buried there.

The administration said rescue efforts were being hampered by unfavorable weather. Meanwhile, millions of people along the coast have been evacuated. All flights have been canceled.

“We can forecast the storm path or the amount of rain, but can’t predict when landslides happen,” Deputy Prime Minister Trinh Dinh Dung said in a statement.

Since early October, Vietnam has been battered by storms, heavy rains, and floods which have left at least 130 dead.