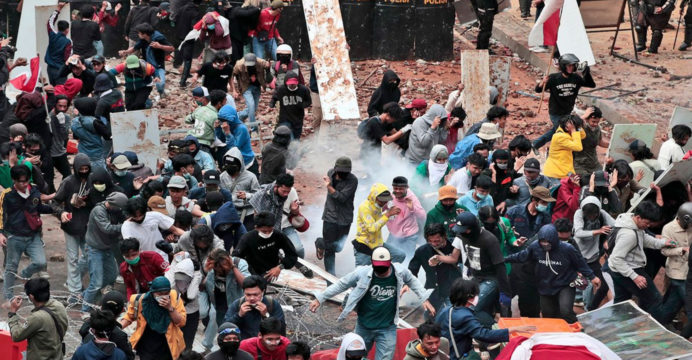 Protests have erupted in Indonesia demanding the repeal of controversial new labor law. Islamist groups in the country began protesting on Tuesday (October 13th) demanding the law be repealed.

Fired tear gas and rubber bullets at the protesters to disperse, police said. Clashes erupted when protesters threw brickbats. The whole area became a battlefield at that moment.

The two sides chased each other and detained several people. The protesters complained that the new law would violate labor rights and protect the environment.

The government claims, however, that the law will encourage foreign direct investment and boost Indonesia’s weak economy.