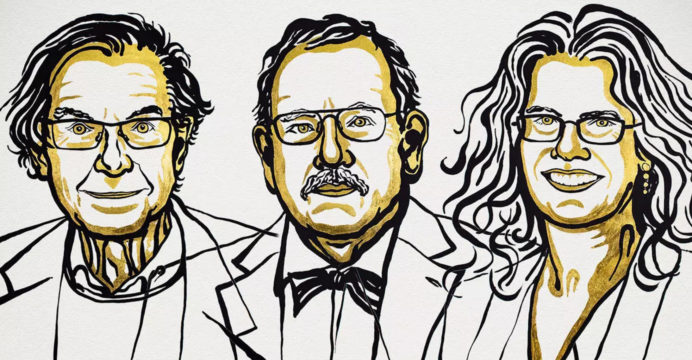 Three astrophysicists won the Nobel Prize in Physics this year

The Nobel jury said Roger Penrose of Britain, Reinhard Genzel of Germany, and Andrea Ghez of the United States had won the Nobel Prize in Physics on Tuesday for their research on black holes.

The Nobel Committee has chosen them for the Nobel Prize for their discovery of one of the most bizarre phenomena in the universe, the black hole.

Roger Penrose, a mathematician at Oxford University awarded half of The Nobel prize money (approximately $1.1 million prizes) for showing how black holes could form and a half to Reinhard Genzel and Andrea Ghez for finding a supermassive object at the Milky Way’s center.

Penrose, an 89-year-old awardee, showed that “general theory of relativity leads to the formation of black holes.” 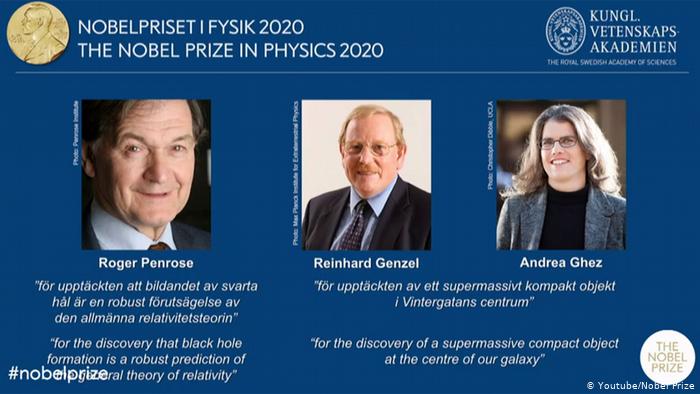 The second half was split between 68 years old Dr. Genzel, and 55 years old Dr. Gaze. They were jointly rewarded for discovering that “an invisible and extremely heavy object in the solar system controls the orbit of stars at the center of our galaxy.

Dr. Ghez is only the fourth woman to obtain the Nobel Prize in Physics, following Marie Curie in 1903, Maria Goeppert Mayer in 1963, and Donna Strickland in 2018.

The Nobel Assembly declared the prize at the Royal Swedish Academy of Sciences in Stockholm.