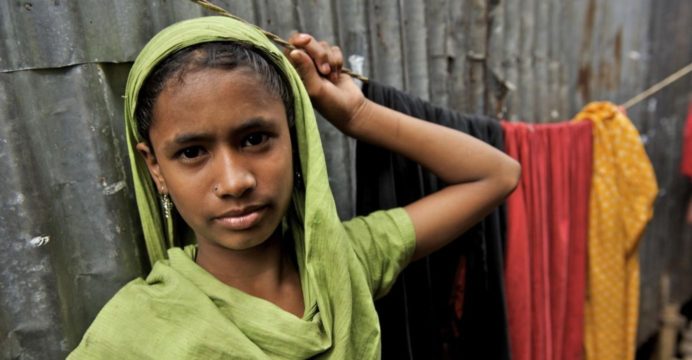 Bangladesh has one of the highest rates of child marriage in the world. Despite many positive changes experienced by women, including increased access to schooling and workforce participation, improved life expectancy, and declining fertility, approximately 60 percent girls are married before the age of 18 which remained at the same level over the past ten years.

When girls are married early, they are more likely to drop out of school, be unemployed and experience violence and harassment. A delayed marriage greatly improves a girl’s chances for a healthy, happy, productive life. And the benefits of a later marriage go beyond the girl: her children, family, community and country experience better health, economic and social outcomes.

A webinar was organized by Population Council on 23 September to share and discuss the findings of a study based on adolescent empowerment derived from the data of BALIKA, a four-arm randomized control trial design that evaluated different approaches of adolescents’ skills development. The webinar was focused on the study ‘Measuring Empowerment Among Adolescent Girls in the Context of Intervention’ that assessed the levels of empowerment among adolescent girls in rural Bangladesh who were part of the BALIKA project.

The study collected extensive data on potential measures of voice, choice and agency before and after the intervention from a representative sample of adolescents living in communities randomly allocated to three intervention arms and a control. Findings show that the least empowered class had the highest restrictions on mobility, few supportive networks, and the least voice and ability to negotiate with parents/family on decisions affecting them.

The second group of mobile, socially active class were more able to go places (library, playground, market, and friends’ homes) and had a network of friends and mentors. Although they reported lower access to sources of information, they were the most likely to have recently watched television. The socially progressive class have more egalitarian views on gender roles within the household and are less accepting of physical violence than girls in the least empowered or the mobile, socially active classes.

The most empowered class had the most egalitarian views on gender norms and were the most condemning of violence. They were the most likely to have access to the bank, market, and library and knew how to use Computer. Members of this group were found to be mostly free from domination by the family.

Discussants argued that ender-Rights awareness arm was the most successful in influencing early adolescent girls across multiple dimensions of empowerment. They emphasized on finding if the participation in Gender-Rights Awareness Arm was similarly predictive of girls’ membership in the most empowered class. According to them, further research is needed on the relationship between membership in these latent classes of empowerment and more distal outcomes, including school completion, employment, and experience of violence, and sexual and reproductive health outcomes.